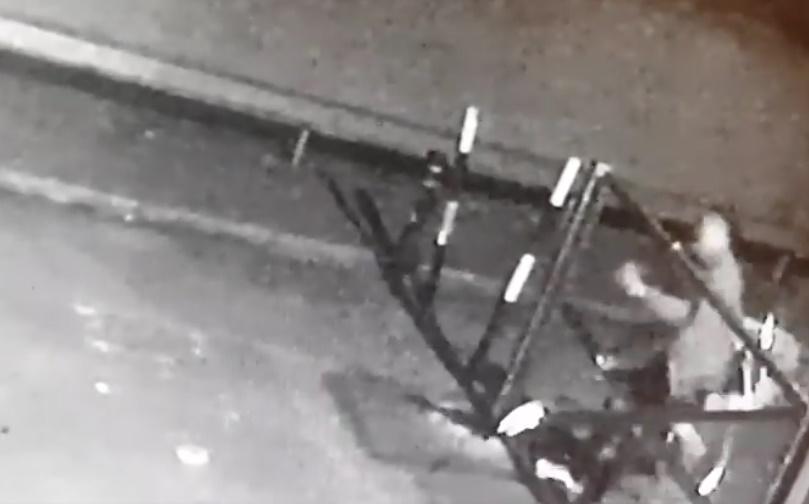 “If he wasn't looking at his phone he would have saw there was a big metal gate” observes astute onlooker...
by Alex Bowden

Earlier today we posted a video to our live blog in which a cyclist checking his phone rode into a solid fence at not inconsiderable speed. Turns out the man involved may have lost a few teeth in the collision.

The Mirror reports that the incident took place in Coventry in the early hours of last Wednesday.

The footage was captured by Daz Rollins’ CCTV.

Why you shouldn't use your phone while cycling pic.twitter.com/8FvVdl2oTZ

In a subsequent video, Rollins can be seen picking up teeth from the road and pavement, collecting them in a plastic money bag.

He said: “I think no matter what you're driving or riding you shouldn't go on your phone. It only takes a split second for something to happen and if you're busy looking at your phone then obviously bad things can happen.

Neil Greig, Director of Policy and Research at IAM Roadsmart, said: “This footage shows that distraction from smartphones causes exactly the same problems for cyclists as it does for drivers. You simply can't multitask if you are concentrating on a call.”

Greig went on to suggest that such instances of ‘careless cycling’ could end up being addressed by the upcoming review of cycling offences.

“Cycling offences are a grey area which are currently being reviewed by the Westminster government. We may also soon see a re-education course being made available for careless cycling. Given the vulnerability of cyclists, however, using a phone is more likely to lead to a very painful reminder.”

Cycling UK have said that the review in question is likely to be a ‘patch-up job’.

Speaking last month, Duncan Dollimore, the charity’s head of campaigns said: “Unfortunately, despite the representations made by us and others, the Department for Transport appears to have undertaken this as a discrete inquiry, without carrying out the broader review of all road traffic offences promised back in 2014.

“Instead of asking whether the definitions of and standards for ‘careless’ and ‘dangerous’ actually work when applied to offences by any road user, Government seems keen on only adding new careless and dangerous cycling offences: a patch up job rather than the holistic review required.”