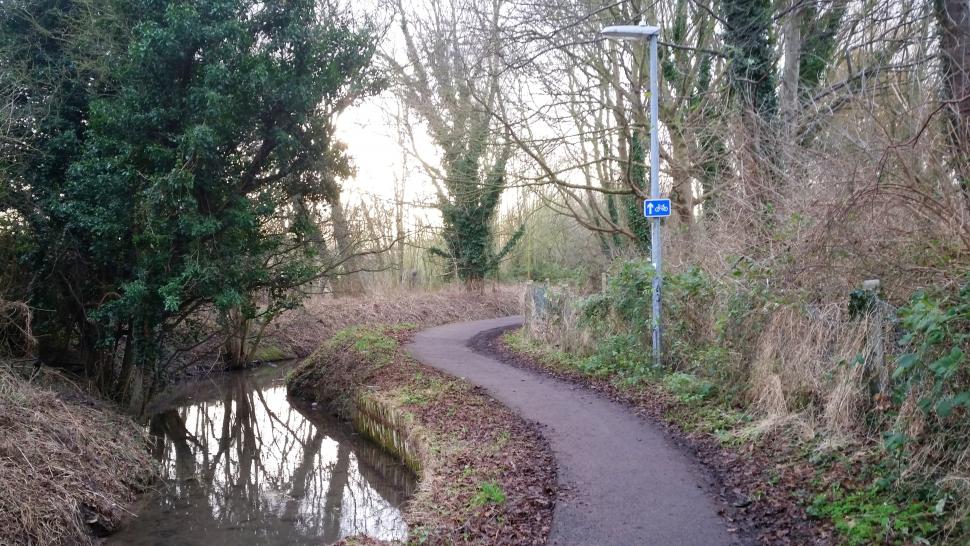 Victim lost laptop, phone and bike after being stopped by hooded youths on Snakey Path near Cherry Hinton
by Simon_MacMichael

A cyclist in Cambridge has spoken of how he was pushed into a stream along a popular cycle path by three hooded youths, who robbed him of his bike, mobile phone and laptop computer.

The incident happened at around 7.20pm on the evening of Friday 2 February on the Snakey Path, which runs alongside Cherry Hinton Brook in the south east of the city.

The 31-year-old victim, who gave his name as Mr Nicholson, sustained minor injuries as a result of the assault, reports Cambridge News.

He told the newspaper: "I'm annoyed. The back wheel of my bike is damaged, I hit my head on the riverbank, the damage could have been a lot worse.

"When I got out they all shouted at me, everything under the sun. Constant swearing.

"I hit my head on the riverbed, I lost my laptop, my phone, and my bicycle."

He used a passer-by’s phone to call the police but was told the situation was “not a priority” because he could no longer see the youths.

He said. "They just walked down the corner of the path," adding, "They wouldn't send anyone. I questioned that they're probably still on the path, but that was it."

The laptop at least seems to have been recovered, with Cambridge News publishing a photo of it, although it was heavily damaged.

He subsequently made a report at the police station but was told that in the absence of CCTV, photographs or forensic evidence, no action could be taken.

In a statement, a spokesman for Cambridgeshire Constabulary said: "We were called at 7.24pm on Friday [2 February] with reports of an assault in Snakey Path, between Cherry Hinton and Romsey.

"A cyclist was pushed off his bike by a group of three youths. The man fell into the river and received minor injuries as a result of what happened.

"Two of the boys were wearing grey tracksuits and the other dark clothing. All had their hoods up.

"Officers investigated the incident, but no arrests have been made.

"Anyone with information regarding this incident should call police on 101 quoting CF0065190218 or visit www.cambs.police.uk/report/Report.

Snakey Path is a well-used cycle route for riders heading between Mill Road and Cherry Hinton, but in places is very narrow with poor surfacing, and it is not unknown for cyclists to inadvertently end up in the brook.

The nearby Tins Path cycle route provides, completed in 2015 after a long-running campaign by Camcycle, provides an alternative way for cyclists to ride between the two locations, and one that is much more fit for purpose.