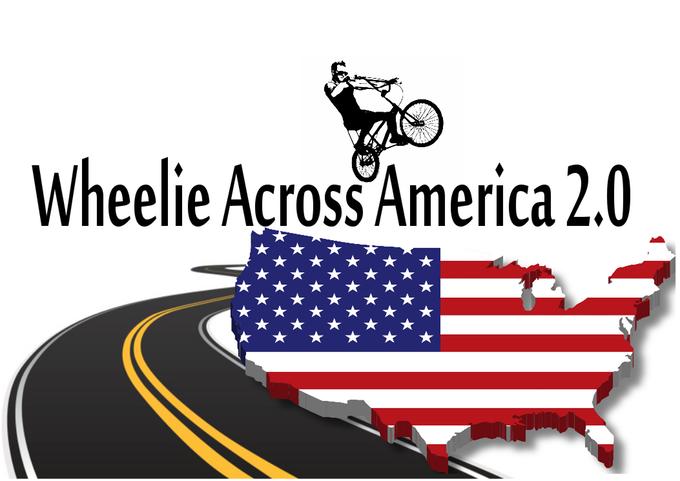 A cyclist from California who in 1999 spent 74 days riding across the United States to set a Guinness World Record for the longest bicycle wheelie ride is getting back in the saddle to try and smash that record – and he is crowdfunding via Kickstarter to make his attempt possible.

Kurt Osburn, now aged 49, had already set a Guinness World Record of 11 hours for the longest continuous bicycle wheelie in 1998 when he decided to undertake the coast-to-coast attempt almost 20 years ago.

He covered at total of 2839.6 miles from Hollywood, California to Orlando, Florida, making 1.8 pedal revolutions on the way and crossing eight states with an average mileage of between 40 and 50 miles a day.

Each mile of the trip was logged, with independent witnesses verifying the start and finish point of each section he rode on one wheel to ensure continuity.

Osburn, supported by a two-persoin crew in an RV, even developed a following among the trucking community, with whom he would chat via CB radio.

Now, he is aiming to beat that record by 29 days and is looking to raise $39,000 in funding on Kickstarter to help pay for his support crew and RV, plus a custom-made fairing that he will ride inside, towed behind an SUV.

“In May 2018, I will embark on the 2839.6 mile one-wheel journey (once again!) from Hollywood, California to Orlando, Florida in order to beat my own world-record by 29 days,” he explains on the crowdfunding website.

“Not only will a new world record be set for the longest quickest wheelie, and only the second time ever completed, but it will be streamed live online for everyone to participate.

“Besides optimal camera setup and network connectivity, our state of the art wind-shielding and aerodynamic design prove that a 19-year difference in technology can drastically improve performance.”

He added; “This record attempt has been two years in the making, If we don't raise enough funds to pull it off it won’t happen.

“I have been preparing myself physically and mentally. Since I've done this ride and exact same route in the past I am extremely confident I will be successful on all the logistics and challenges I face in order to complete this World Record Attempt.”