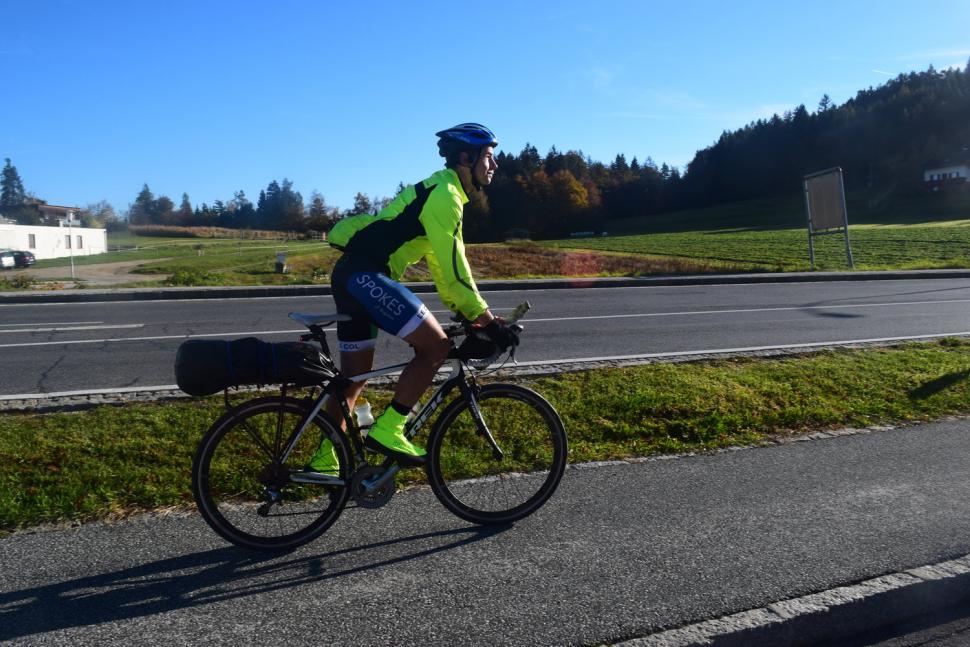 David Haywood's journey took him 1,100 miles from Belgium to Slovakia...
by Simon_MacMichael

A cyclist from Surrey has ridden through 13 countries in seven days to set a new Guinness World Record.

His near-1,100-mile ride, which he undertook between 12 and 18 October, was supported by his local bike shop, Spokes of Bagshot.

“I also suffered a failed (snapped) gear cable whilst trying to cross the Alps, and wasn’t able to repair it for the next 100miles, leaving me stuck in an unfavourably tough gear in the mountains.

“It was a tough, challenging but ultimately rewarding adventure,” added Haywood, who suggests that bike-packing could be an ideal way of adding variety to cycling or triathlon training.

His achievement has now been officially recognised by Guinness World Records and he has written about his adventure in diary form on his website, where you will find information about his route and equipment.

Previously, the record was held by Robbie Ferri from King’s Lynn, Norfolk.

Last September, he managed 12 countries in seven days, although he had originally been aiming for 14.

> New world record for most countries cycled in seven days