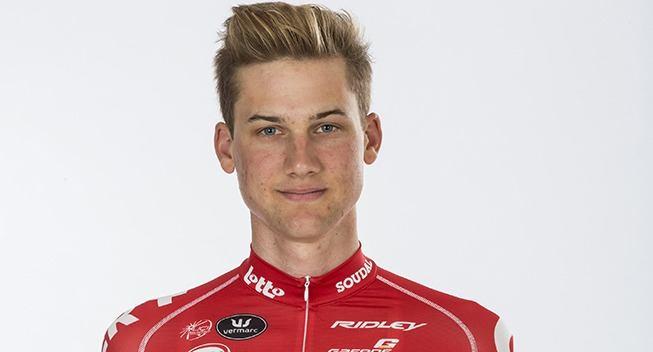 Belgian rider who abandoned Tour de France rather than take drugs under TUE says rules should be black and white, not grey
by Simon_MacMichael

His comments were made in an extensive interview with Belgian televisions station RTBF in which the 26-year-old was asked his thoughts on the Chris Froome salbutamol case and about therapeutic use exemptions (TUEs).

A urine sample taken from Froome at last year’s Vuelta, which he won, had twice the permitted amount of the anti-asthma drug salbutamol. The Team Sky rider has vowed to clear his name, but could ultimately lose that title and face a ban.

Salbutamol is among the drugs that World Anti-Doping Agency rules permit athletes to take up to a certain level, which Wellens says creates a grey area.

“I’d like it to be black and white, not grey,” said Wellens, a two-time winner of both the Eneco Tour and the Tour de Pologne, and a Giro d’Italia stage winner.

“Everyone knows that a product such as cortisone – which is found in the grey zone – gives a lot of benefits in terms of physical performance.

“When riders use it, clearly it’s annoying. It’s called … cheating!

“Sometimes, when you’re ill, you have no choice, you have to use it. But you can always decide to stop racing.”

Wellens, who received widespread praise after abandoning last year’s Tour de France rather than take otherwise banned medicine under a TUE, revealed that doctors had told him he could increase his lung capacity by 7 or 8 per cent if he used an inhaler.

“But I’m against inhalers,” he said. “I don’t want to improve my breathing by 7 per cent in that way.

“And I believe that once you start using an inhaler, afterwards you don’t know how to live without one.

“I refuse to be dependent on this kind of thing. Therefore, I’m clearly against them.

“But lots of people use them. If the public knew how many riders use an inhaler … it’s enormous!”

He revealed that his brother had to abandon dreams of becoming a professional cyclist after he was diagnosed with exercise-induced asthma and turned down the drugs that would have let him continue racing because of the potential effect on his long-term health.

Wellens was asked whether the issue of inhalers was openly discussed with his team mates or whether it was a private matter, with riders keeping them hidden in their jersey pockets.

He replied: “No, riders don’t hide their inhalers, they’re not embarrassed. But yes, we often have discussions on the team bus!”