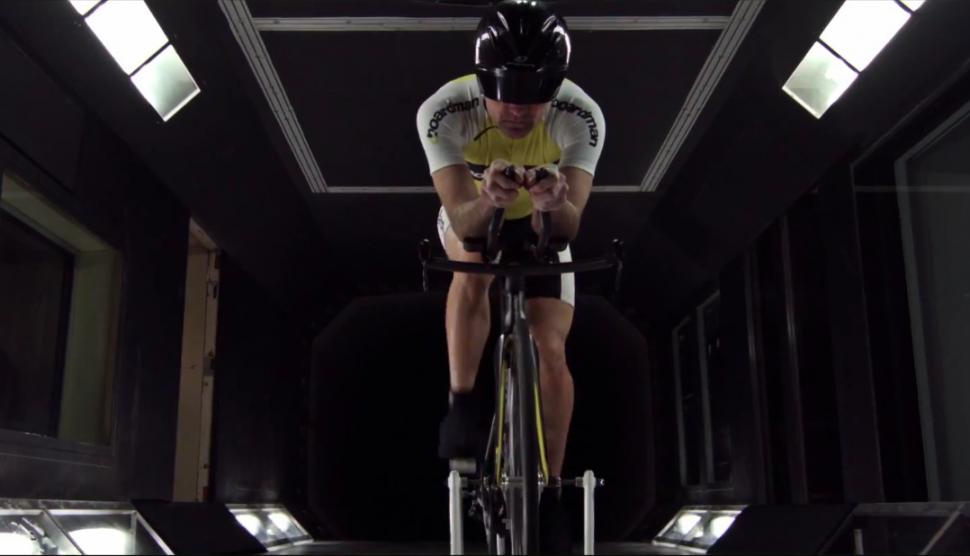 Facility which includes UK's first cycling-specific wind tunnel will open at The Valley in Evesham this spring...
by Simon_MacMichael

Chris Boardman has said that the Boardman Bikes Performance Centre in Evesham, Worcestershire, can “be truly game-changing for cycling in the UK.”

The former world and Olympic champion was speaking at the official handover of the 1,700 square metres facility from builders Spillers Metcalfe.

Fit out of the building, which is located at The Valley retail and leisure park, will now be carried out by Boardman Bikes and will include the UK’s first cyclist-specific wind tunnel, reports The Evesham Observer.

> Video: In the wind tunnel with Boardman

The facility, which will also provide physiology testing and have a bike shop, café and space for events, is expected to attract professional and amateur cyclists from the UK and beyond.

“We’re so excited to be moving into this cutting-edge phase of Boardman Bikes’ development,” said Boardman, who remains involved in the business, which he sold to Halfords in 2014.

“It’s not hyperbole to say this centre has the potential to be truly game-changing for cycling in the UK,” he continued.

“Whether you’re a keen amateur or an Olympic hopeful, the facility we’re creating will allow you to improve your performance as well as having access to Boardman’s market-leading range of bikes and support from knowledgeable and committed staff all under one roof.

“I’m passionate about cycling – whether as a sport, hobby or way to get around – and I’m sure that the presence of this centre in Evesham will help inspire the next generation of cyclists.”

He added: “Creating a centre like this has been a dream of mine for many years and now it is becoming a reality.”

“Having the UK's first cycling specific wind tunnel at The Valley is great news for Worcestershire. As a county we are very keen to promote cycling, both for recreation and commuting, and the company is a great stimulus for both.”

He added: "The new centre also proves that our county is open for business, and, when it is ready for customers in the spring, will undoubtedly put Evesham on the cycling map, by attracting visitors from all across the UK, and, hopefully, beyond."