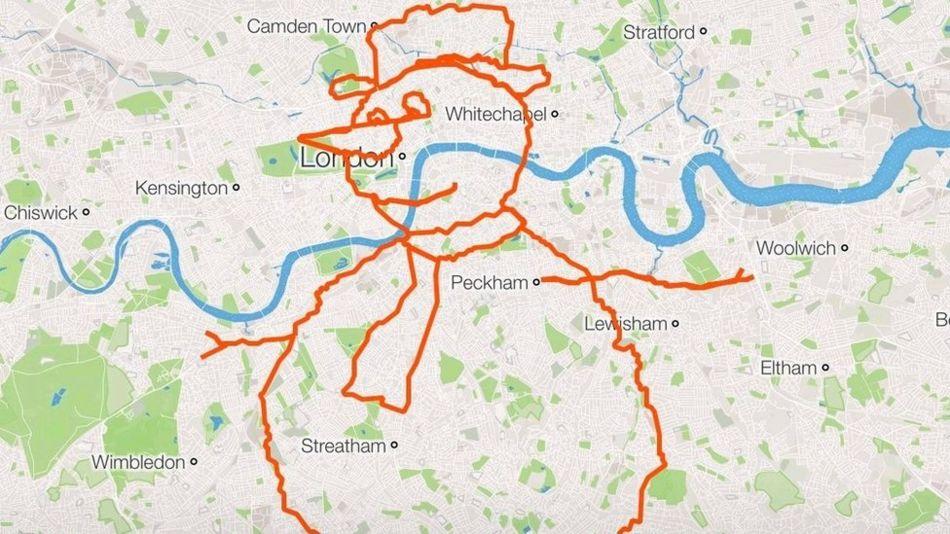 Snowman via anthony Hoyte on Strava.jpg

A cyclist has ridden 141 kilometres through the streets of London to draw the outline of a huge snowman on Strava.

He pedalled for 88 miles (141 kilometres), with his route taking him from Putney in the west to Greenwich in the east, and from Highbury in the north to Croydon in the south.

"I wanted to do something festive but it ended up so big," he said afterwards.

The 49-year-old’s Strava artwork, which he says takes “a ridiculous amount of presentation,” has been featured on road.cc before.

In October, he drew a massive outline of a man’s face in Cardiff.

“You need the concentration of roads to do the complicated ones so I look for different cities across the UK,” he said after completing that piece.

“I made a special trip to Cardiff to do the face but the other ones I managed to do in spare times on trips for work. I do quite a bit of research using route planners.

“It does take a ridiculous amount of preparation.

“I couldn’t really put a time on it. I do it in my lunchbreaks on a rainy day, each one over a period of weeks but spending an hour here and an hour there.”

In September, he won a Strava art competition organised by the Bristol Cycle Festival for a piece featuring a flock of birds sketched out on the city’s streets.