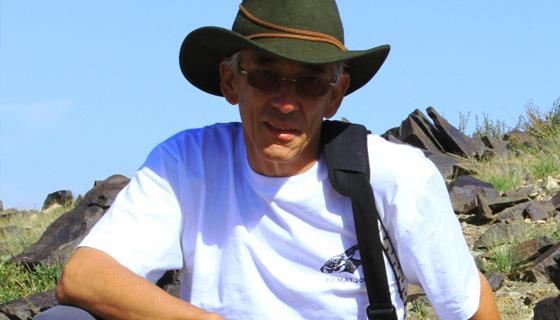 A cyclist killed in a collision involving a Ford Focus car in Cambridge last week has been described by his colleagues as “a giant of the conservation world.”

Dr Tony Whitten died at the scene of the incident on the city’s Newmarket Road last Wednesday evening.

He worked for Cambridge-based conservation charity Fauna & Flora International, which counts Sir David Attenborough among its vice-presidents and which posted a tribute to the 64-year-old on its website.

“At Fauna & Flora International we are struggling to come to terms with the devastating news that our friend and colleague, Dr Tony Whitten, died suddenly this week,” the post said.

“We knew Tony as a remarkable man, a giant of the conservation world with an irrepressible optimism, a thirst for knowledge and an enthusiasm for cave creatures that bordered on obsession.

“It is not surprising that he had 11 new species named for him, and he was particularly pleased that they might be viewed as small and uncharismatic, as it meant he could take up their cause and – as a consummate communicator – change that perception.”

The post said that “aside from an astute scientific mind, Tony had an ability to connect with people whoever they were and wherever they were working, whether trekking through forests, arguing the case in corporate boardrooms or finding agreement in government offices.”

It concluded; “Amongst the many tributes that have started to flow in as the shock of this news percolates around the world, there is a common thread. It is that time spent with Tony always left one feeling better about the prospects for conservation, and about life in general. That is a rare attribute and one whose absence we are already feeling keenly.

“In due course we will be considering how we can recognise Tony’s life and work in a way that befits this phenomenal man and amplify his lasting legacy; for now, we are just missing him.”

Married with children, Dr Whitten’s family said in a statement: “We are truly grateful for the outpouring of love and support from friends and colleagues around the world.

“We can’t and don’t want to imagine a future without him, but we know his legacy will continue in so many ways.”

Cambridgeshire Constabulary are appealing for information in connection with the fatal crash, which happened close to the Orchid restaurant between Maid’s Causeway and East Road.

Anyone who has information or who saw Dr Whitten prior to the collision is asked to contact PC Matthew Bill from the roads policing unit on 101.