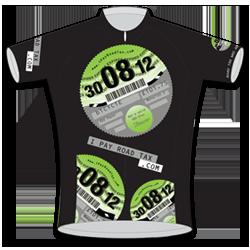 Cyclists are more dangerous than cars according to a district councillor from Kent and therefore should be paying road tax and buying insurance policies.

Councillor Lawrence Abraham’s claims, reported in the Sevenoaks Chronicle, were made when he questioned the need for more cycling infrastructure to be created in the Sevenoaks area of Kent during a meeting of the district council which was addressed by the Sevenoaks Cycling Forum.
.
Referring to cyclists, Mr Abraham, a Conservative councillor for the Hartley and Hodsoll Street ward, said: "They're more dangerous than any car I've ever seen. They should be paying road tax and have insurance."

The Chronicle reports that the councillor opposed the call for more cycle paths and safer routes for children to schools, saying: "Where's this money coming from?"

His views were echoed by those of fellow district councillor Alison Cook, a Conservative who represents the Leigh and Chiddingstone Causeway ward.

"There are huge problems when cyclists and walkers share the same paths. Unfortunately, a lot of cyclists, as soon as they set off, see themselves as king of the road. And a small child hit by a bicycle could have a nasty experience.

She added: "We don't often see cyclists on cycle routes but we do see them on the road. It's galling when they have cycle routes and don't use them. Maybe cyclists should pay some sort of contribution or be licensed in some way."

John Morrison of Sevenoaks Cycling Forum said: "We thought we'd knocked those clichés on the head and got beyond that.

“It’s unfortunate that not all councillors are up to speed with what’s happening at county and national level. We don’t think Sevenoaks should be a black hole for cycling provision compared to other districts in Kent.
“We’ve tried to argue that there are problems with obesity, carbon emissions and congestion and despite the deep-rooted opposition to cycling by councillor Abraham and one or two of his colleagues, we’re confident the majority will eventually see the light.”

When contacted by Road.cc, councillor Abraham refused to expand on his comments, telling us he doesn’t talk to journalists and stating that he was simply expressing his “personal opinion” at the meeting.

Thanks to iPayRoadtax.com for the spot