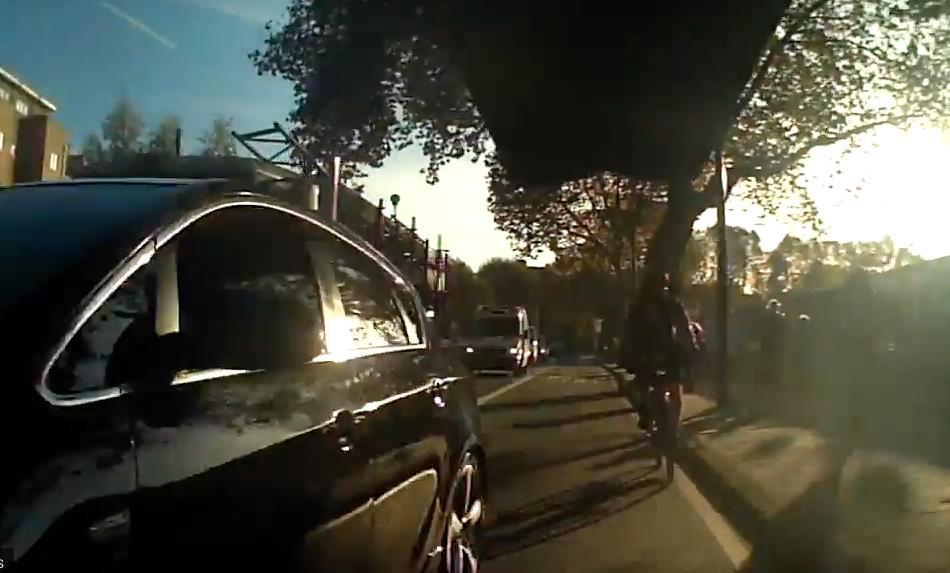 Near Miss of the Day 54: Impatient driver overtakes cyclist in bus lane

Our regular feature highlighting close passes caught on camera from around the country – today it’s all happening in the bus lane on London's New Kent Road...
by Simon_MacMichael

Today’s video in our Near Miss of the Day series features an impatient driver who, after (illegally) following a cyclist along a bus lane in a major road in London, sticks his foot down and overtakes the rider, leaving him very little space.

The incident happened earlier this week on New Kent Road between the Bricklayers’ Arms roundabout and Elephant & Castle and was submitted by road.cc reader Paul Smith. Skip forward to 8 minutes 10 seconds for the relevant part of the video.

“I get loads of close passes every week but this one stood out as he was in the bus lane and shot past me really close, so decided to check it,” said Paul.

“It's only once I saw the video when i checked it when i got to work that i realised how far he'd driven in the bus lane.

“I thought he'd probably just pulled out from a side road and then close passed to get in to traffic, but no...”

Paul told us that he decided against confronting the motorist.

“There were two guys in the car but couldn't see their faces when pulled up at the next set of pedestrian lights as their windows were too tinted.

“Got the impression they were not the type of chaps i would want to confront or shout at though – just a feeling, but having cycled in London for close to ten years now, you do get a feel for things.

“Not reported it yet and not sure if I will TBH,” Paul added.