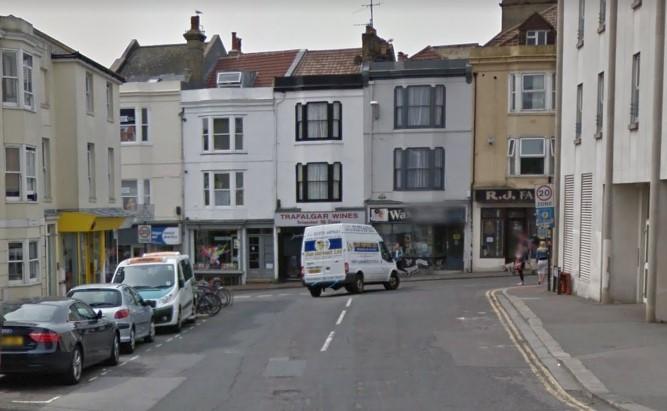 Docking station removed in Brighton after local complains about noise

Campaigners demand a full explanation from council
by Alex Bowden

One of Brighton’s bike share hubs has been removed after a resident complained about bikes taking up the pavement and riders making noise at night.

BTN Bike Share launched on September 1 and Brighton and Hove News reports that users have been making on average 800 journeys a day.

However, at least one Whitecross Street resident was unimpressed with the nearby hub and it has been removed at the council’s instruction.

.@BHCC_Transport Why is the @BTNBikeShare docking station at Whitecross Street being removed? It is obviously popular and central. pic.twitter.com/1sXSrP7RXw

.@BHCC_Transport No satisfactory explanation received. We specifically supported this location in the TRO consultation. Why has it gone? pic.twitter.com/xMKlHvcpus

A council spokesman said: “We’re responding to concerns from a resident about issues such as space being occupied on the footway or potential for noise at night.

“While we haven’t conceded these points we’re agreeing to look at alternative locations to allay any such concerns locally and maintain good relations between the scheme and residents in the area.”

A spokesman for BTN Bikeshare said: “The Whitecross Street docking station has been removed. This was instructed by the council due to local concerns. However, a replacement hub will be installed nearby once a location is agreed upon.”

Police chief pledges crackdown on bike thieves in Brighton... the city where police refused to watch CCTV of a bike theft

Speaking on behalf of Bricycles, Becky Reynolds said: “We want the council to come out with the reason so everyone can see whether the removal is fair or not. The road’s all car parks, so why pick on the bike hire station?

“Why remove this important central dock close to the popular North Laine area without having come up with another location?”

Tim Caswell, owner of Hourbike, the company operating BTN Bike Share, said: “We came in knowing Brighton and Hove is a unique city with a strong cycling culture, but still the usage figures are even better than we could have imagined. None of our other schemes across UK and Europe have had such a strong first month.”

Brighton Station, Brighton Marina and the universities are among the latest docking stations to be installed.

1
How does this work!? Crazy half-wheeled bike concept goes viral
2
Lone female cyclists are “being targeted”, says former Scottish champion
3
Cyclist punched repeatedly by motorist in road rage incident
4
Cyclist killed after being struck by van driver during time trial
5
“How would you like to be on camera now?” Shirtless driver accosts CyclingMikey
6
Near Miss of the Day 790 updated: Cyclist gets ANOTHER close pass from same taxi the day after punishment pass
7
UCI “kindly requests” that riders stop using race number sleeves
8
Near Miss of the Day 791: “Careful lad,” says van driver parked in bike lane… as another driver pushes in front