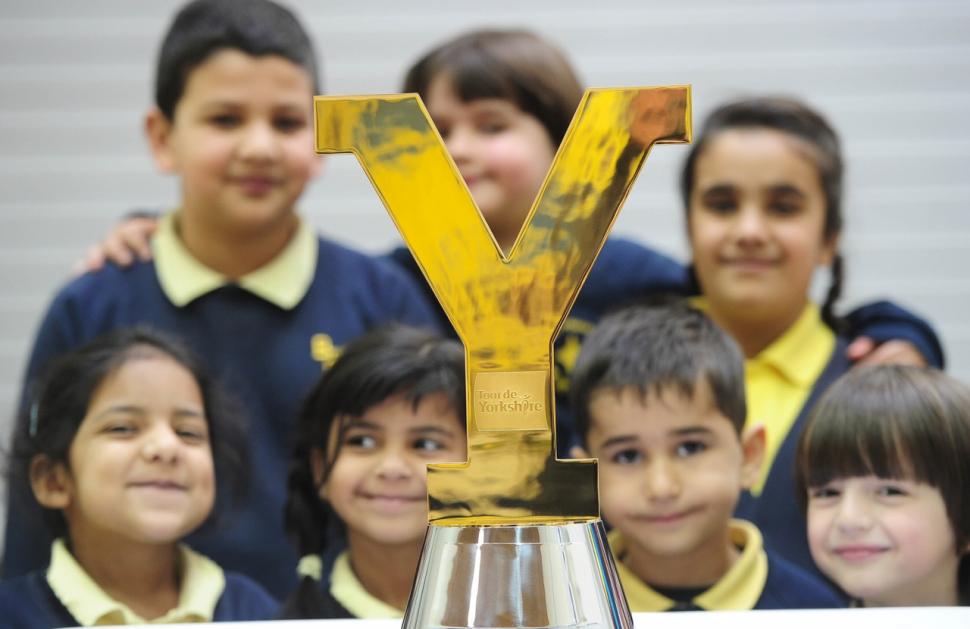 Race expands from three days to four, giving more places a chance to host starts and finishes
by Simon_MacMichael

Organisers of the Tour de Yorkshire have announced the towns that will host next year's race as it is expanded from three days' racing to four.

First held in 2015 to build on the legacy of the 2014 Tour de France Grand Depart, the race is organised by Welccome to Yorkshire and ASO in partnership with British Cycling. Scarborough, which has hosted stage finishes in all three editions returns and is the only town to have featured in all four editions. Leedsm which welcomed the final day of the inaugural edition, also returns, as do Beverley and Doncaster, which both featured in the 2016 race.

The other four stage towns - Barnsley. Halifix, Ilkley and Richmond - will each be hosting the race, which takes place from 3-6 May 2018, for the first time.

The ASDA Women's Tour of Yorkshire has also been expanded from one day to two, and will be held on 3 and 4 May.

This year's edition of the Tour de Yorkshire saw 2.2 million spectators turn out to watch the race as it once again garnered huge support from locals and people from further afield, while nearly 10 million people watched the race worldwide through Eurosport and ITV.

Welcome to Yorkshire's chief executive, Sir Gary Verity, commented: “The Tour de Yorkshire is a true success story and in just three years it has grown to become one of the best attended and most dramatic races on the cycling calendar.

“Of course, with the men’s race being extended to four days and the women’s race now being held over two, it means we can visit more parts of the county and I know our eight start and finish locations will put on a real show.”

Christian Prudhomme of ASO, who is the race director of the Tour de France: “The Tour de Yorkshire has gone from strength to strength over the last three years and we are delighted to be working in partnership with such a great team at Welcome to Yorkshire.

“The way people get behind the race in Yorkshire is incredible and we are looking forward to another fantastic edition in 2018.”

May will also see the return of the Maserati Tour de Yorkshire Ride sportive.

Details of individual stages will be announced in Halifax on Tuesday 5 December.

The region is also gearing up to host the UCI Road World Championships in 2019 where Harrogate will be the main host town, with race starts proposed for Beverley, Doncaster, Leeds, Northallerton, Ripon and York.