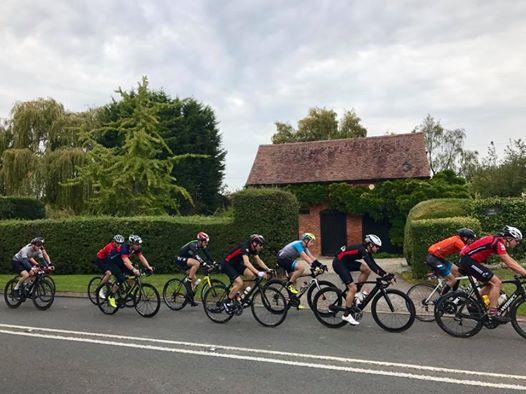 Saboteurs spreading tacks and oil on the route of Sunday’s inaugural Velo Birmingham closed road sportive failed to dent the enjoyment of the 15,000 cyclists taking part in the event or the enthusiasm of the crowds of locals who turned out in force to cheer them on.

The event was re-routed several times in recent months due to local businesses in counties surrounding Birmingham complaining about road closures, and it seems that some people were determined to try and disrupt the event at the weekend.

According to the Birmingham Mail, tacks, nails and even razor blades were scattered on the route of the event, which started in Broad Street and took participants into the Black Country, Staffordshire and Worcestershire.

While that clearly caused inconvenience for those cyclists who did puncture, and also meant organisers needed to ensure the hazards were cleaned up, the experience of participants and alike seems to have been overwhelmingly positive.

In a comment to the Birmingham Mail’s story, the mother of one teenage participant said that while her son punctured three times in the first 20 miles, “he didn’t care” since “the mechanical assistance was brilliant plus he is equipped for such moments and there was no way he wasn't going to complete the course if he could.”

She continued: “He came back to me buzzing and happy, the people by the side of the road made his day, so many children high-fived him as he passed and such great company and support.”

Another cyclist taking part was road.cc’s Dave Atkinson, who said: “We went out in the very first group at about 7.15am, but behind that the riders were delayed for about half an hour.

“Talking to other riders, no information was given as to the reason for the delay, but it looks likely that they were dealing with at least one incident on the course.

“We didn’t have many riders in front of us, and we didn’t see any tacks on the road, but we did see a fair few riders with punctures, certainly more than you’d expect in the first hour of a closed-road sportive on good surfaces.

“I also heard that one of the support motorbikes suffered a puncture due to a tack in the tyre.

“There was also oil on the circuit before the first feed stop at 20 miles. Given that the oil was all the way across the carriageway, and there was lots of it, it looked deliberate.

“The organisers had covered the oil with straw and were slowing and directing riders in single file; it didn’t cause us any issues as we were a small group at the time.”

Rachel Farrow, who lives in the Worcestershire village of Little Witley, told road.cc that before the event, “the local press seemed to be on a mission to stoke the negative feelings with a rather anti cycling agenda.”

However, she said that the event, which she watched from the roadside with her children, “generated a real buzz in our community” and that she noticed when driving through Bewdley on Saturday that the town had made “a massive effort with bunting, signs and lots of old bicycles which had been painted different colours around the town.”

She continued: “It was great for my kids in our rural location to see something different and exciting happening. Due to the main road being closed they got to ride their bikes safely through our village which just isn’t possible usually due to the traffic that comes in off the main road. “The kids loved spotting the cyclists approaching, they cheered and waved their sign and were delighted to get waves and ‘thank yous!’ back.

“We watched for a couple of hours then had to head off to a christening, which was in Great Witley, so we got to see it from there as well.

“Yes, we had to take a detour to get there, but really it wasn’t that much hassle.

“By that point the cyclists were coming through constantly and there was a good crowd cheering them on. With the road closure it was nice to see the place pedestrianised and loads of people out and about on foot.”

She added that it was “a real treat to get something on our doorstep for once for us and the kids.”