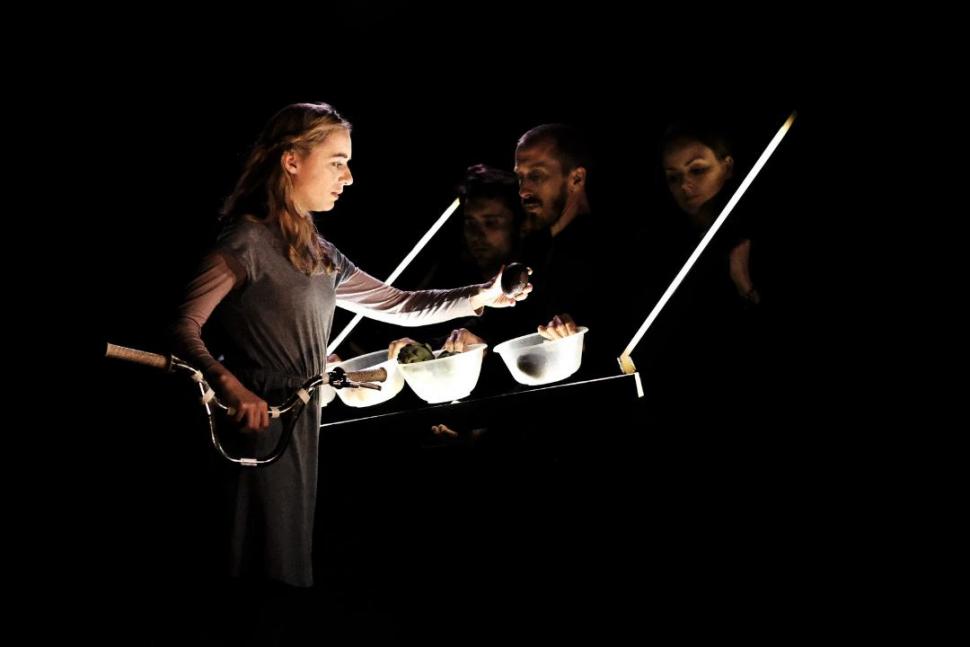 Review: The White Bike - a play that will take you on an emotional cycling journey in London

Tamara von Werthern's play was inspired by the death of Eilidh Cairns and is currently showing in east London...
by Simon_MacMichael

On her first cycle commute into work after maternity leave in 2009, Tamara von Werthern was riding through Notting Hill Gate when she passed the site where cyclist Eilidh Cairns had lost her life a week earlier.

The impression the roadside memorial to Eilidh left on the playwright would lead to her writing The White Bike, an emotional rollercoaster of a play currently being performed at The Space on the Isle of Dogs in east London.

Staged with a small cast – five actors together undertaking 15 roles – and directed by Lily McLeish, the production’s use of interpretative dance, lighting and sound, together with a well-crafted script, combine to establish an intimacy with the audience in the compact venue.

Much of the story of Isabelle (played by Josephine Starte), the young woman whose life is cut short after she is hit by a lorry driver who did not see her, is told in flashback, charting events in her life such as her own first experience of riding a bike, guided by her mother. From the opening scene, when she wakes next to her husband Henry (played by Christopher Akrill) at the start of a day on which he will lose his wife and their infant child Lily her mother, one of the play’s key themes is established; how a seemingly ordinary day, in which someone is doing something as innocent as riding a bike to work, can end in tragedy.

Cycling can be difficult to reproduce on stage, but the solution adopted in this production works well, and Isabelle voicing her thoughts as she rides helps convey both the freedom that riding a bike gives, and some of the dangers an urban cyclist regularly faces.

It’s the juxtaposition of the two, as well as the way the timeline switches backwards and forwards, that gives the play its power, and if you found yourself in tears during the performance, you’d be far from the only person in the audience to do so. While researching and writing the play, von Werthern met several times with Eilidh’s sister, Kate Cairns, which she says helped her try and make it “as accurate and real as possible.” Kate attended one of the performances last week.

She also met Debbie Dorling, whose husband Brian was killed as he rode to work at London’s Olympic Park in October 2011.

“I feel this is an important story to be told,” von Werthern says, “one that affects all of us as road users of whichever kind, and I would love the play to help spread the message around the world.”

See Me Save Me, which campaigns for safer lorries and was founded by Kate Cairns after her sister’s death, is one of the organisations listed in the programme as supporting the production.

Others named include RoadPeace and Stop Killing Cyclists, whose co-founder, Donnachadh McCarthy, will be speaking at this Friday’s performance. 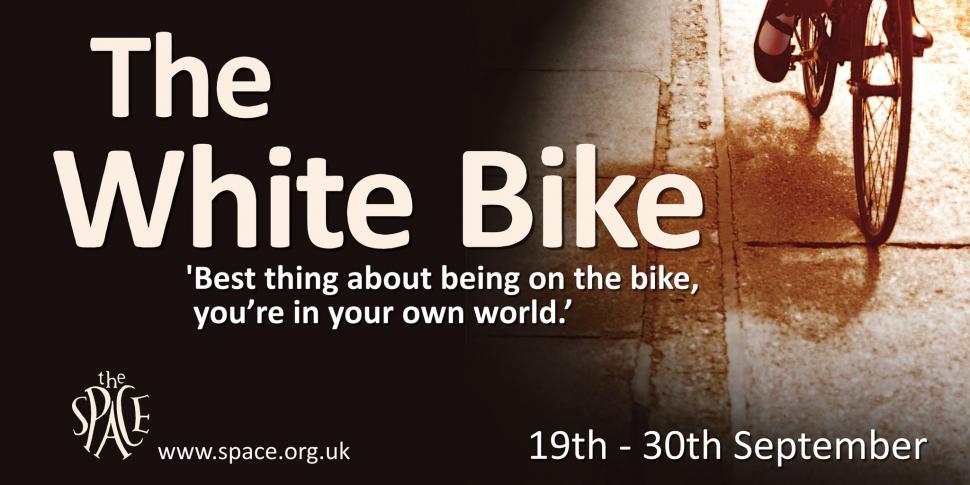 If you ride a bike, whether in London or elsewhere, or  believe that people should be able to travel around safely, without thier lives being put at risk due to the mode of transport they use, The White Bike fully deserves an evening of your time - but be sure to bring something to dry your eyes with.

The White Bike is on at The Space, 269 Westferry Road E14 3RS until this Saturday 30 September 2017. Details of performances and tickets  here.