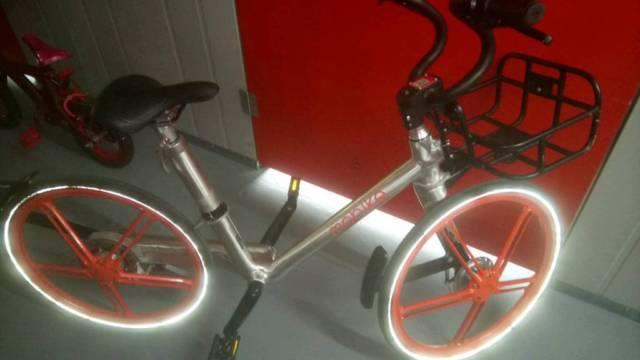 Manchester man who tried to sell a Mobike landed with fine

A Stockport man who tried to sell a damaged Mobike on Gumtree has been handed a £90 fine for theft, reports the Manchester Evening News.

Last month we reported how Greater Manchester Police had received 29 emergency calls about the city’s Mobike scheme in the 27 days after its launch. Many of the reports had related to bike abandonment, resulting from unfamiliarity with Mobike’s innovative dockless sharing system.

You might assume that someone attempting to sell one of the bikes must also be unfamiliar with how the scheme works.

That doesn’t appear to be the case. When police attended an address in Stockport yesterday, where the damaged Mobike was being offered for sale online, they were told that ‘authorities are not interested.’

“The Mobike was recovered and will be fixed and put back into circulation,” said Greater Manchester Police in a statement. “After considering the options available, it was decided to hit the seller where it hurts – in the wallet. They were issued a Fixed Penalty Notice, with a £90 fine, for theft. This will be taken into consideration if they offend in future.”

The force added: “Since the launch of the dockless bike hire scheme, the vast majority of users are making good use of Mobikes. However, a tiny minority haven't, with isolated reports of damage, misuse, and not putting bikes back into public areas.

“As we would with any repeat victim, we are working with Mobike to prevent issues where we can, and taking enforcement action on those using Mobikes in an anti-social or criminal way.”