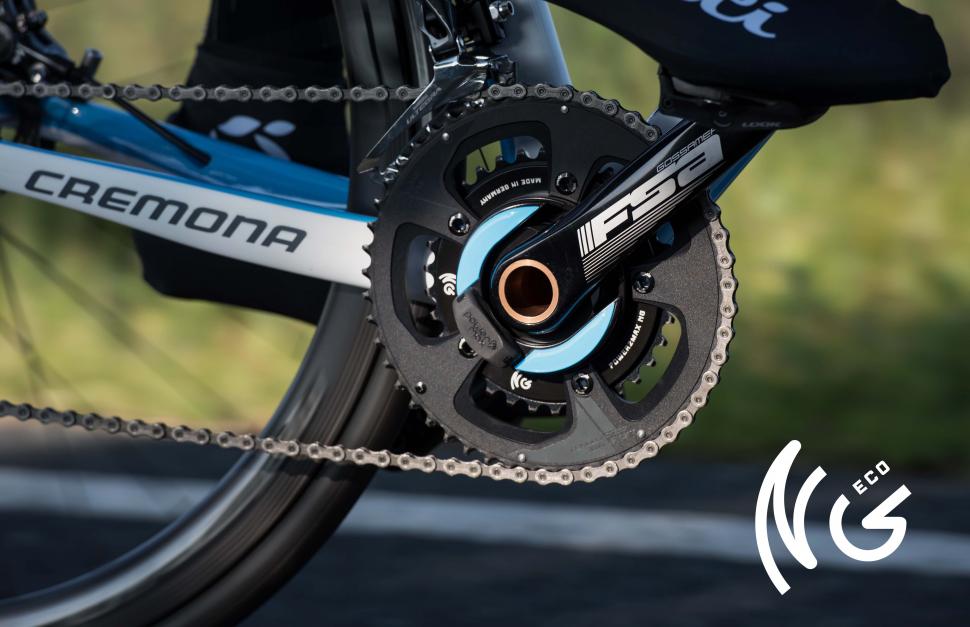 German power meter specialist Power2Max is hoping to acquire more of the growing power meter market share than it is already enjoying, with the sponsorship of several pro cycling teams raising its profile, by today launching a crank-based power meter costing from €490.

Called the NGeco, it is based on the company’s proven power meter technology and is aimed at delivering the Power2Max’s vision of offering a professional power meter for a price that everyone can afford. That €490 is just for the power meter and crank, you're going to have to budget for chainrings as well.

Power2Max launched its latest power meter tech, NG, a year ago and is a step on from its previous Type S power meter with a claimed +/-1% accuracy. NGeco is a more affordable version of this new top-tier power meter and trades in some of the detailed power analysis for a simpler set of data values.

It’s still made in Germany but while the full-fat NG power meter transmits power, cadence, left/right balance, torque and pedal smoothness to a compatible head unit, NGeco keeps the price down by just providing basic power and cadence data. It’s also offering just a +/-2% accuracy, which is what most power meter outfits claim for their products anyway. You’re still getting the juiciest parts of a power meter but without some of the more detailed analysis features, though the company reveals that upgrades for an additional cost will be available later in the year. That’s not a bad idea - you can keep the cost down and the data overload to a minimum, to begin with, then once you get accustomed to training with power you can upgrade to the other features if you feel you need them at a later date.

The NGeco provides ANT+ and Bluetooth connectivity ensuring compatibility with most computers and smartphones and uses a replaceable CR2450 (The NG has a USB rechargeable battery) that is claimed to last up to 400 hours. It’s issued with a two-year warranty. Cadence is provided by an integrated accelerometer so there’s no need for external sensors and magnets.

Power2Max company isn’t yet a common name in the power meter market but it’s fast heading that way - FSA has partnered with the company to use its technology in a £600 PowerBox power meter that I tested recently and was hugely impressed with. The launch of NGeco is a closer step towards power meters being affordable for many more cyclists, and we look forward to testing it.

The new power meter will be unveiled at Eurobike next week, and we’re heading there so we’ll be sure to take a closer look.