Trek-Segfredo have unveiled the custom Trek Émonda SLR bike Alberto Contador will ride in his final race, the Vuelta, which starts in the French city of Nîmes tomorrow.

Meanwhile, the Spanish rider has revealed that he and his team manager, Luca Guercelina, spoke about extending his career through to next May’s Giro d’Italia but he decided not to do so.

First, that bike, which Trek surprised the 34-year-old with ahead of this evening’s team presentation. 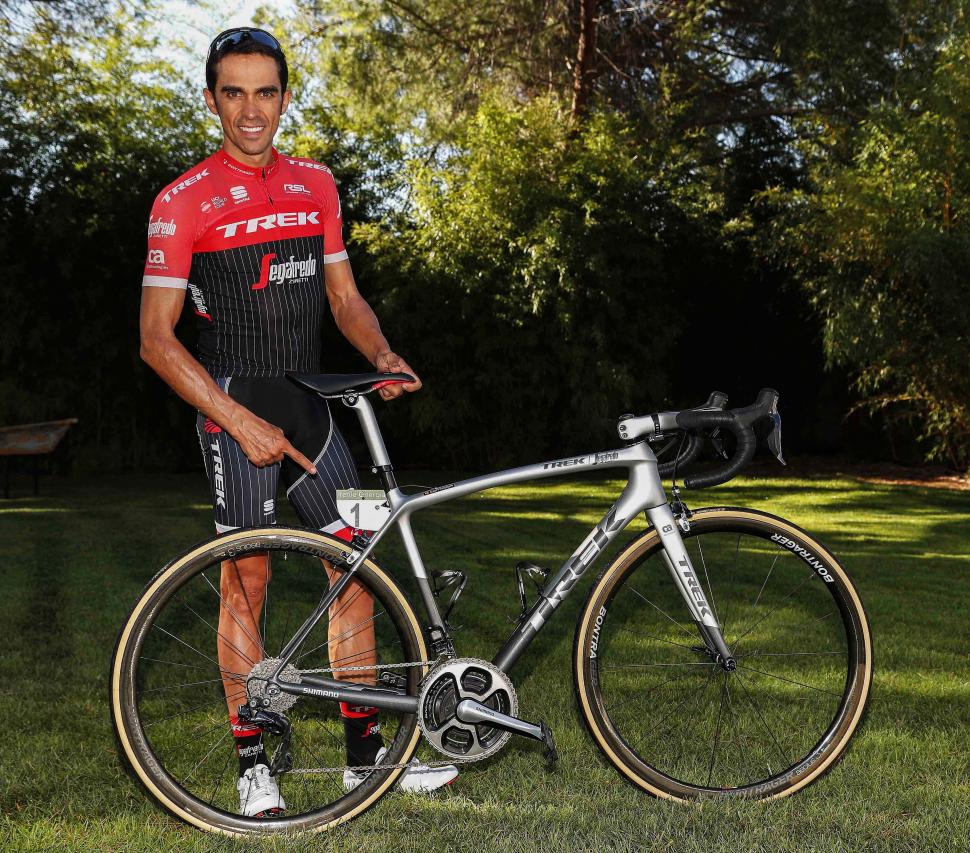 The Trek Project One custom paint job references all his wins throughout his career, most strikingly his two triumphs apiece in the Tour de France and Giro d’Italia, and his three Vuelta victories – he is one of just six riders to have won all three Grand Tours.

The front of the seat tube shows the outlines of the the coutntries that are home to each of those races, while the rear has an outline of the trophies; Spain, naturally, is top. 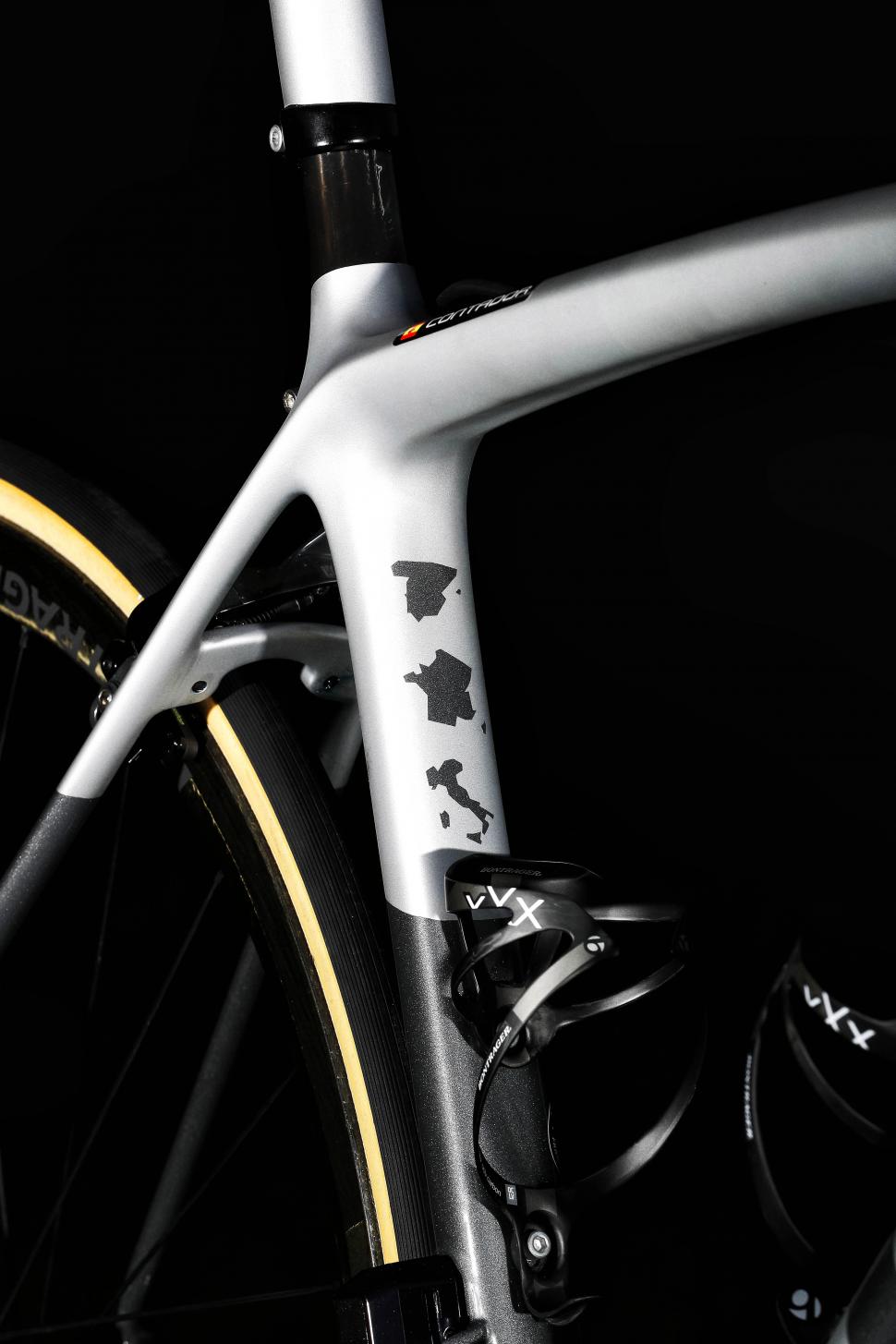 "To get this new bike is a big surprise for me and I am really happy to be able to ride my last Vuelta on it,” Contador said.

“I got my first big results on a Trek bike, of which my first Tour de France in 2007 really stands out, and it will also be the bike on which I say goodbye to the Grand Tours and to my professional career, which has a big sentimental value for me."

He continued: "The details that have been put into it, commemorating the most important moments of my palmarès and some of the symbols and ideas that reflect my way of being and that characterise me as a rider, makes this bike really special.

"It highlights my victories in the Tour, the Giro, and the Vuelta, of course, but also the other big important races. The trophies of the three grand tours are on it and other things like my personal slogan querer es poder (‘where there’s a will, there’s a way’) that I always keep in mind, and other subtle references to my way of riding, like the sentence ‘attack until the end’.

"I believe it’s a bike that reflects me and my career completely, and I think it's one the fans will also embrace." 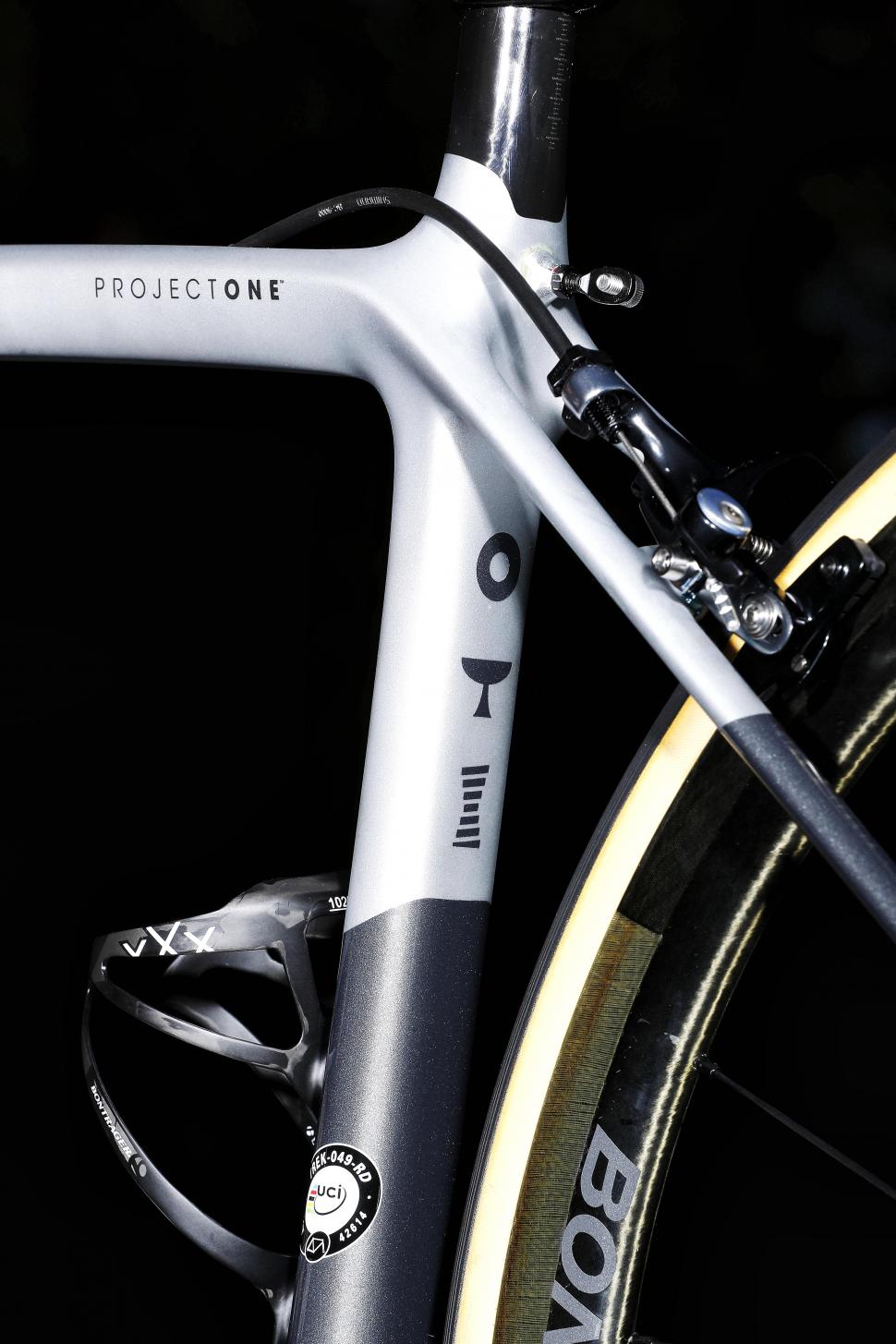 Earlier today, he gave a press conference on the eve of his final race.

Contador began by paying tribute to the victims of yesterday’s terrorist attack in the Catalan capital, Barcelona.

"Before anything else, I think we are all very touched by what happened yesterday in Barcelona,” he said.

“I would like to pay my respect and show my solidarity and support to the family and friends of the victims.

“It's incredible to see what's happening around us nowadays, but I am convinced that the best way to honour the victims is to keep going on."

Contador says he could have continued racing until 2018 Giro

Regarding the possibility of continuing to race into 2018, Contador said: "I was thinking about retiring for quite some time, even though Luca [Guercelina] and I were also discussing to extend my contract and to keep going until the Giro d'Italia of next year.

“But the truth is that I wasn't sure of either one of those options and I knew the Tour de France would give me the answer.

“Not because of the results, but I knew I would arrive at the start of the Tour in optimal conditions so I was sure the answer to my question would come during or right after the Tour. And it was exactly like that.

“At one point, that must have been after stage 9, I saw things very clear and I knew what I had to do, but to be honest that decision was already, let's say a 70 per cent sure before the start of the Tour de France.

"I came to the Tour in optimal conditions, with the perfect weight, with really good numbers on training, comparable to 2014, but then there are those things that were not in the plan, such like the crashes.

“So, you can do all the work you want, you can arrive in the best shape ever to the start of the race, but in the end, those unforeseen things prevent you from benefiting from your hard work, from showing your real shape.

“Also I wanted to give the opportunity to the team to think about the future."

As we reported yesterday, his Alberto Contador Foundation, which has run youth and under-23 teams for the past few years, will manage Trek-Segafredo’s new development team, which is seeking a UCI Professional Continental Licence, with two-time Giro d’Italia champion Ivan Basso looking after the sporting side.

Contador said that the launch of the team was not connected to his decision to retire now.

“We were thinking in this for a long time already. This team will make the foundation even more solid.

“The truth is that this project will take a lot of my time in the future and I am eager to work on this.

“Thanks to the support of Trek-Segafredo, [and sponsors] Polartec and Kometa I am sure we will be able to make this a great team and I am really looking forward to that."

Looking ahead to the Vuelta, a race he has won on three occasions, he said: "Whenever I go to a race, I go there give it my all. I have always been very professional and I will be like that until my very last race day.

“At the same time it's also true that this Vuelta is really special. I want to enjoy it to the maximum and I feel lucky that I can live this experience.

“I believe this is the ideal place and time to say goodbye to professional cycling and I am convinced it will be a dream of three weeks. Of course, all depends on how the race goes and how the rivals and other teams are performing."

Contador added that even if he secured a high overall placing in his home Grand Tour, it would not lead to him reconsidering his retirement.