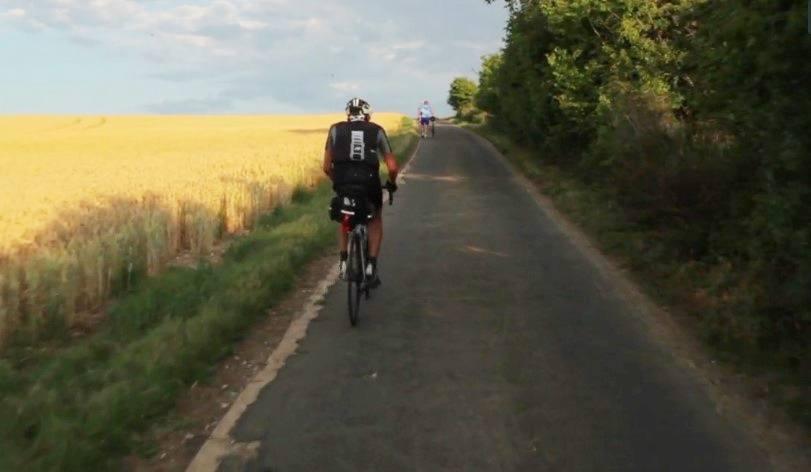 Roundup 1441km ultra-audax which more than qualfiies as an allowable use of the word 'epic'...
by Laura Laker

While the Transcontinental race has hogged the headlines another and older, and some might argue, tougher event has been taking place much closer to home - the London-Edinburgh-London Audax.

The 1441km route, which features 11,128m of climbing, is so tough the event only takes place every four years. This year’s 1,442 competitors, from around 60 countries, have braved rain, cold, badgers and sleep deprivation, for the past five days since Sunday. The event concludes today.

Started by Bernard Mawson in 1989, the London-Edinburgh-London has grown to be a fully-organised, fully supported event with control points, featuring feed stations, with showers and somewhere for exhausted riders to sleep. This year driving rain and 20mph head winds and the all the weather related vagaries of a British summer have challenged riders, while one man was injured after hitting a badger on the road.

Yesterday the event’s Facebook page offered a snippet of what riders - and volunteers - endure. It reported 350 riders had scratched – some will not have made it through checkpoints in time, while some will have quit through sheer exhaustion.

“In a nutshell all controls that remain open are waiting to be hit by the wave of riders struggling against the headwind and the clock and their exhausted bodies,” a facebook post read.

“There'll be no rest tonight for the volunteers at the later controls.”

The notoriously tough event, which uses “proper card brevets” at checkpoints, attracts riders from around the world looking for a challenge. For some the distance itself is not enough - they need to add in a comedy bike choice to up the ante.

Best #lel2017 bike by far. Rider from South Korea. 4 weeks ago, rode the 999 Miglia on this single speed bike with wheels off a child's toy. pic.twitter.com/lhyEu5vQ1E

9.55pm. I thought I was cycling from London to Edinburgh, but I appear to have ended up sometime between Boston and New York... #LEL2017 pic.twitter.com/883lbSaA4A

We assume this is a warm-up event for Muller’s LEJOG solo record attempt, which begins on 1 September.

Locals on the #LEL2017 route getting involved. 25 km or so from Thirsk on the way to Bernard Castle and not a moment too soon. pic.twitter.com/6QIM5etXw8

And of course the food is a highlight for many, including this rider who tried his first British speciality.

There was also soup and, err, that other British-Asian fusion speciality: Haggis pakoras

Wind and rain on the short run to the control at Innerleithen, but soup and haggis pakoras to warm up #LEL2017 pic.twitter.com/KjkcuEIKAu

Not everyone will make it

This is how my #lel2017 ended, DNF in Thirsk after 1,026 km, soaking wet, hours behind, and in need of sleep. On the train home. pic.twitter.com/FBTVOxNC2z

Why do they do it, you might ask? TS Eliot sums it up, via Sue Kahn.

#lel2017 #audaxuk @dkahn400 Only those who will risk going too far can possibly find out how far one can go. #TSEliot

Photographer Charlotte Barnes has captured some of the ruggedness - and in some cases, haunted expressions - of the riders in some gorgeous black and white portraits, which you can check out here.

You can also get a flavour of what it's all about from Madegood Films documentary on the 2013 event - you can watch the trailer and buy the film from their website (our lead image is a still from it).

Whatever people's reasons for tackling the London-Edinburgh-London, all of us at road.cc would like to salute your efforts.

You can find out more about the event here.

Update: the provisional finish list can now be found here.