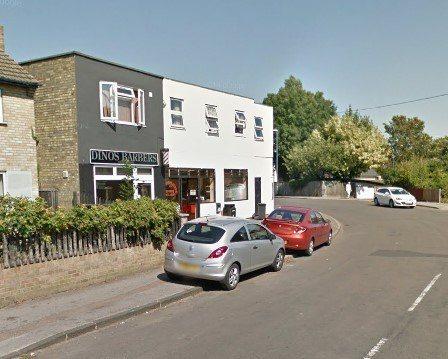 Drivers ARE allowed to park cars in cycle lane in Cambridge, the UK’s most ‘cycle friendly’ city

The Greater Cambridge Partnership, the delivery body for Cambridge's City Deal, decided last Wednesday that cars should be permitted to park in a cycle lane on Green End Road to help people access local businesses. Cycle campaigners say the move is dangerous and undermines the whole purpose of the scheme.

A spokeswoman for the GCP told Cambridge News: “No parking restrictions have been implemented on Green End Road yet and it is proposed that there will be a short amount of time-limited parking outside the shops to support local businesses. The Traffic Regulation Orders will be reviewed at next week’s Executive Board.

“Kerb segregated cycle lanes from Nuffield Road to Milton Road on Green End Road are planned and work will start this later this year.”

In a statement on its website, Cambridge Cycling Campaign suggested an alternative.

“Camcycle would instead like to see the Traffic Regulation Order restore double-yellow lines to the entire cycle lane. In the case of the businesses that believe they will need car parking directly outside their premises, we note that the planning application currently filed for the property offers an opportunity to resolve this issue: through the creation of a segregated cycleway next to the footway, in a manner that puts parking spaces for cars between the cycleway and the carriageway.

“At the Greater Cambridge Partnership Executive Board meeting on Wednesday we will be asking the Board to support a resolution to create both a safe, protected cycleway and parking availability for the businesses.”

However, the campaign group today tweeted that GCP’s traffic regulation order has been approved, and added:

parking will be allowed in front of the shops. Providing segregation with developer deemed too expensive.

“The GCP must do better for the large number of people who cycle on Green End Road. Winding in and out of cycle lanes on busy roads is also unsafe, so many people cycling will make the logical decision to avoid the cycle lane entirely and to hold a safe and primary position in the lane as encouraged by the Highway Code.

1
eBay seller refuses to accept bike auction offer – says "would be unhappy if I sold to Scouser"
2
Near Miss of the Day 521: Close pass ... by a police van (plus how it all went a bit Kafkaesque afterwards)
3
Council has "no intention to enforce" parking restrictions in segregated cycle lane where cars are parked bumper to bumper
4
Police investigating cyclist Tony Parsons' disappearance confirm his body has been found
5
RBKC to reconsider removal of cycle lanes on Kensington High Street – without lead member for transport
6
Jeremy Vine films motorist driving down Hyde Park cycle path
7
Have your say on rat-running motorists driving through London’s Royal Parks
8
Bike at bedtime: Cotic Escapade