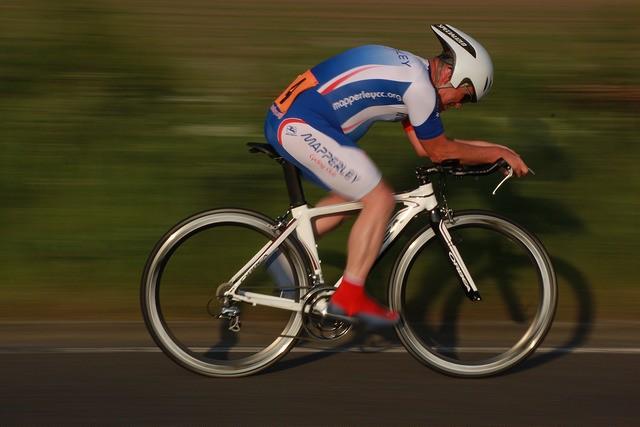 Mapperley CC cyclist on an Orbea bike in a time trial (licensed CC BY SA 2.0 by Liam H on Twitter).jpg

A petition has been launched on Buckinghamshire County Council’s website calling for cyclists to be banned from dual carriageways in the county following the death last week of 91-year-old Raymond Dare, who was hit from the rear by a van driver as he took part in a time trial near Ayslesbury.

> Cyclist, 91, killed while taking part in time trial in Buckinghamshire

The text of the petition, posted last Friday and open until 18 August, reads:

With the sad death of a cyclist taking part in a time trial on the A41 this week it is time the local transport agency did something about the very unsafe practice of cycling on dual carriageways. Cyclists are banned from motorways and many of the counties dual carriageways have the same speed limit of 70mph however there is no hard shoulder so it is in effect more dangerous than a motorway for them.

At the time of writing, 78 people had signed the petition.

Similar petitions have been drawn up before, sometimes following a fatal incident in which a cyclist was killed, such as one posted to UK Parliament site in 2015 calling for bicycles to be banned from the A50 in Derbyshire and Staffordshire.

It attracted 136 signatures, with 10,000 needed to trigger a response from the government, and 100,000 required for the House of Commons Backbench Business Committee to consider holding a debate on the issues raised.

Conservative MP for Burton, Andrew Griffiths, backed that petition, saying: “I can completely understand why residents want to start this petition against the cycling time trials. We’ve seen deaths on the A50 and I’ve seen myself near misses.

“I think unfortunately cyclists bring it [the petition] on themselves,” he continued.

"Safety measures aren’t in place and unless cyclists start taking it more seriously these calls for cyclists to be banned will only continue.

“It would be a shame for cyclists but they desperately need to do something to protect themselves from other road users.

“One option would be to put warnings and signs at every junction.

“You can get onto the A50 and before you know it there is a cyclist right in front of you.”

Last November, we reported how Surrey County Council had rejected a petition with 306 signatories that had sought to ban cyclists from the A24 between Leatherhead and Dorking, popular with riders particularly at the weekend since it is one of the main access points to the Box Hill loop.

The council said that it had the powers to prohibit the use of a road by cyclists, but not a duty to do so. The Prohibition of Cyclists Traffic Orders are made under the Road Traffic Regulations Act 1984, and this would require extensive consultation.

"This type of proposal would also require the support of the police, as they would be responsible for enforcing any traffic order of this type.

"This proposal would set an unjustified precedent that would also create an additional budget pressure for the cost of consultation, advertising and potentially enacting a traffic order, signs and enforcement.

"It is acknowledged that this section of the A24 formed part of the Olympic Cycle Route, in 2012, and the use of the road has brought cycling tourism to the area,” the council added.

"Any proposal to ban cycling from the A24 would not support the Surrey County Council's cycling strategy, in particular that 'we will support cycling as healthy, inclusive and affordable'."

Please note: This article was amended on 27 July 2017 to clarify comments made by Andrew Griffiths MP in an interview with the Uttoxeter News in 2014.