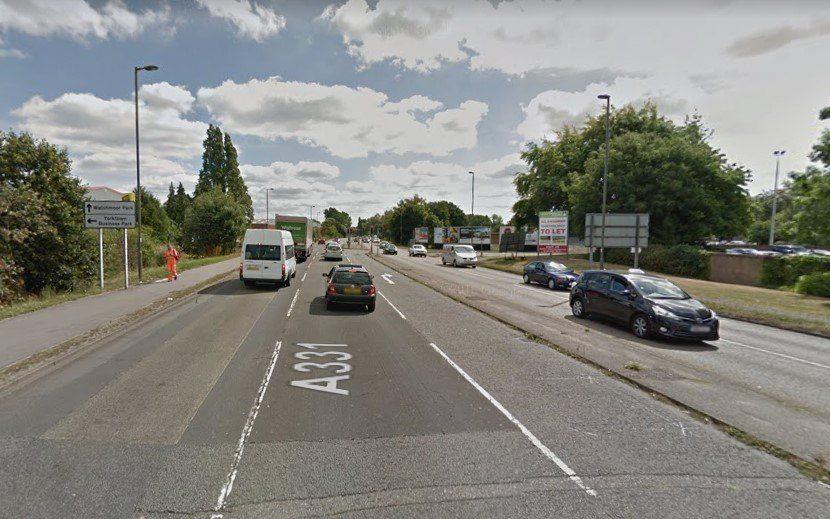 Movistar rider and former Hour Record holder, Alex Dowsett, is to launch a £1.2 million shared pedestrian and cycle route in Surrey next week. The path, which runs along the A331 Blackwater Valley road, has been labelled ‘controversial’ by Get Surrey due to the impact of roadworks and the fact it was based on a 22-year-old transportation plan.

The new shared path is designed to make it easier to walk and cycle between Blackwater railway station, Meadows, Yorktown Industrial estate, Watchmoor Park and the Sainsbury’s supermarket on the A331.

75 per cent of the funding was from the Local Enterprise Partnership, with the rest equally divided by Surrey County Council (SCC) and Surrey Heath Borough Council.

However, the impact of the roadworks was such that they were reviewed after just 10 days. Planned lane closures were adjusted and contractors were asked to man the temporary traffic signals at peak times.

John Furey, SCC’s cabinet member for highways and transport, conceded that the traffic problems caused by the roadworks were "greater than expected," but added that this was partly because they were compounded by work on the M3 Smart Motorway scheme.

A degree of ill-feeling towards the project seems to have persisted and in December, a Freedom Of Information request from one local questioning the value of the project revealed that plans were based on the Yorktown Highway & Transportation Strategy, which was first adopted by the borough council in 1994 and county council in 2002.

A backlash resulting from roadworks is by no means unheard of, but the Mayor of London, Sadiq Khan, has previously suggested that the disruption and conflict arising from the construction phase of cycle infrastructure can prove counterproductive for long-term plans.

His words were echoed by the London Assembly Transport Committee earlier this year, who recommended that more care be taken to minimise disruption during construction of the capital’s cycle superhighways in a bid to prevent any backlash.

That report did however recommend that cycling improvements continue, pointing to numerous other causes of congestion on the streets of the capital.

A 2016 INRIX report into congestion concluded that Transport for London’s £4bn Road Modernisation Plan, together with the £15 billion Crossrail programme, would ultimately reduce congestion by 20 per cent and characterised the ongoing construction work as “short term pain for long term gain.