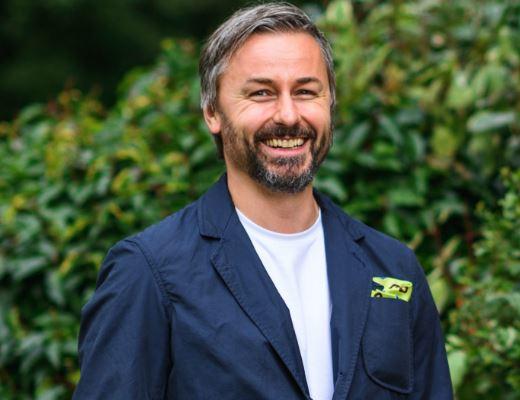 Nick Hussey, the founder of urban cycle clothing firm Vulpine which entered administration in May and was subsequently bought by Mango Bikes, has spoken to road.cc about the events leading up to the company becoming insolvent.

We put a number of questions to him in May that we were aware many people, including some who had invested in the business through its successful Crowdcube fundraising campaign in 2015, wanted answers to.

Some of those questions had been raised in comments to articles on road.cc, others we had picked up from discussions elsewhere on the internet and on social media.

With the company, the full name of which is Vulpine Performance Limited, in administration at the time, Hussey was unable to reply at that point as administrators tried to find a buyer, but he has now responded.

First, we asked him whether the company was paying him a large salary/dividend that some said was equivalent to £9,000 a month when it was known that the business was known to be in financial difficulties.

Hussey replied: “No. As detailed in the administrator's report, my salary was the same as was agreed in December 2015 by a board of six other directors. Cashflow issues were flagged in March 2017.”

Where did the money raised on Crowdcube go?

We asked him where the money – and particularly that figure of just over £1 million raised through Crowdcube in late 2015 – had gone?

“Again, it’s all in the report, but the board of directors changed the strategy, post-Crowdcube,” he explained.

“This went wrong, with most of the losses due to budgets put in place up to build sales, which then did not materialise, particularly in wholesale, coupled with an expensive new MD, poor morale, low margin and high staff turnover, exacerbating poor sales.

“I then became the sole director and changed this strategy in June 2016, but it couldn’t prevent those cashflow issues, despite this recovery.

“It’s possible to see with hindsight what didn't work,” he continued. “Hindsight doesn't help any business though.

“We all make decisions on the information available at the time, with the mix of directors or decision-makers present, all with different viewpoints.

“A high growth business has to make big decisions in good faith, to grow. Those decisions may turn out to be wrong, or uncontrollable factors can change their result, such as Brexit, or late arrival of stock.

“A low risk, low growth business like a corporation can still suffer from serious cashflow problems. This was a small business, aiming for high growth, therefore it was high risk investment.

“Nobody wants to take risks, but they are necessary to be entrepreneurial and do what has never been done before. It still hurts like hell though.”

Documents filed at Companies House showed that a charge of £100,000 against the company had been removed the day before it went into administration, with some people questioning the timing.

We asked Hussey to confirm that the removal of the charge was solely an administrative issue and that the loan to which it related had in fact been repaid in 2015.

“Yes,” he responded. “There was a loan that was paid off in 2015. But the charge itself wasn't removed from the register until it was spotted on the Companies House site by Vulpine’s solicitors, as they cleared the way for administration.

“Even though it amounted to zero sum owed, the administrative part would have caused delays, so the charge had to be removed before the administrators were appointed.”

At the end of March, Vulpine issued an update to investors that was mainly upbeat in tone, but made no mention of the company returning to Crowdcube to seek further funding, which happened less than three weeks later (this time the campaign failed, and it was quickly pulled). So, what happened in between?

“There was good reason to be upbeat,” Hussey said. “We had turned Vulpine around at that stage, were expecting (and did achieve) 80%-plus growth, £300,000 reduction in losses, and 149 per cent online growth.

“The terrible results of the previous financial year seemed to be behind us. We felt confident and happy.

“Meanwhile, cashflow issues were about to surface due to factors beyond our control. I then had to make decisions fast about the search for investment, and the choice to expedite Crowdfunding was made.

“The public would have invested in a company with great trajectory. But clearly 10 months isn't enough time to give confidence and the previous year's results hung over the pitch. With hindsight that is now clear.”

In March in a piece on the Berlin Bike Show we mentioned the ‘Mr and Mrs Vulpine’ made by August for Hussey and his wife Emmalou to mark the company’s fifth anniversary. Who paid for them?

Hussey told us: “Vulpine paid for them, owned them and they were assets that the administrators took control of. They were marketing devices planned and created for our 5th Birthday Campaign.

“There were various partners that agree to be involved, so we could get them done cheaply. We had gained quite a lot of press coverage, including in road.cc, and they'd been taken round various events, featured in our magazine and website features, and were due to be re-used for some time as marketing devices in various ways.

“I'd created Vulpine as an inclusive brand, promoting equality, and thus we decided who better to own them than male and female founders, where they'd get most coverage. It added ‘authenticity’ and a real piece of story ‘content’ and matched our brand and its ethos.”

Once the company had entered administration, however, some of the links to references to the bikes, including in a blog post about them, were taken off the Vulpine website. Why?

“We’d have been wrong not to,” Hussey maintained. “The bikes were listed as being for sale for anyone wanting to get their own made, so we had to take them off the site.

“It was also unfair for partners, especially August, to be involved in something negative, when we’d all got involved to create something positive.”

Another issue that gave rise to concern among some, giving the timing, was the publication of a magazine this spring to accompany those fifth anniversary celebrations. Whose idea was it?

“The marketing team, which includes me, and of course I signed it off,” explained Hussey. “We plan these things months in advance.

“All marketing is created with return on investment in mind as with any company.”

As a report from administrators RSM sent to investors last week and seen by road.cc reveals, Vulpine’s solicitors first approached the firm on 26 April and it was formally engaged on 4 May.

On 5 May, Hussey – the sole director of the business following the departure of several other board members the previous year – filed a Notice of Application to Appoint Administrators.

Meanwhile, RSM was attempting to see if the business could be sold as a going concern, with some 60 parties that had expressed an interest being sent an information pack after signing non-disclosure agreements.

“It soon became apparent, through the discussions with interested parties that the Company’s financial commitments and the impending working capital requirement for stock would lead to a lack of interest in an acquisition of the share capital of the Company,” RSM said in its report.

“It therefore also became apparent that the most likely outcome would be that a purchaser would prefer to acquire the business and assets of the Company from the appointed Administrators,” they added.

RSM were therefore appointed as administrators on 16 May, with the sale of Vulpine’s stock, physical and IT assets, intellectual property (including its website) and customer database to a company controlled by Mango Bikes completed on 26 May.

Initial consideration, paid on completion, was £70,000, with deferred consideration seeing the new owner share stock sale proceeds with administrators under a tiered structure.

The report revealed that according to unaudited accounts in the year to April 2017, the company had seen strong sales growth while reducing its losses.

While Vulpine had grown sales year-on-year in the first three years of operation, it did not turn a profit – not unusual for a company in its infancy – and its losses (measured by earnings before interest, tax, depreciation and amortisation, or EBITDA, had increased in each of those years of operation.

That information was already in the public domain, but RSM’s report shows that according to unaudited figures for 2016/17, turnover almost doubled to £1.335 million, with losses estimated at £450,000 and a forecast that the business would break even the following year.

By then, however, the company was in severe financial difficulties, and the failure of the second Crowdcube fundraising campaign, which Hussey pulled to focus on raising institutional investment, affected confidence in the business and made it impossible to secure backing.

Accordingly, in early May Hussey broke the news by email to the 600 or so people who had backed the business in its first Crowdcube campaign that the business was insolvent, putting into motion the chain of events that would lead to its sale later in the month.

Most of those people invested sums well below £1,000, but some backed the business with five-figure amounts – and none will get their money back.