£166k sought to pay for designs, surveys and pre-application planning application, among other things
by Simon_MacMichael

A crowdfunding campaign has been launched today for a cycling and walking bridge linking Brentford and Kew in west London.

Supporters of the Brentford Gate Footbridge are seeking £166,288 in funding through the Spacehive.com fundraising platform, with their campaign open for another three months.

That money will be used to set up a charitable incorporated organisation (or similar body) to take the project forward, as well as securing architectural and engineering designs and topographical, utilities and environmental surveys.

It will also finance a pre-application planning application, due to be completed by June 2018.

The scheme’s founders point out that the stretch of the Thames between Kew Bridge and Richmond Lock Bridge is one of the longest stretches without a bridge and would provide much needed access between Brentford on the north bank and Kew Gardens, Richmond and Barnes to the south. Among other places.

“Our beautiful piece of architecture will be a beacon of local pride and will link these two historic areas,” they say.

“Brentford is due to double in size it will provide a much-needed new open space with dramatic vistas.

“Joining the Thames path on both sides, it will open up open up new walking/cycle networks – avoiding the heavy traffic on Kew Bridge.

“It will provide a much-needed boost for the local economy by connecting commerce and culture – Kew Gardens and Richmond town centre with Waterman's Art Centre, London Museum of Water and Steam, local businesses and Brentford FC.”

With Richmond having some of the highest levels of cycle commuting in London and Brentford home to major cycle-friendly employers such as GlaxoSmithKline and Sky, the bridge would also provide an important commuting link across the Thames.

The proposed steel and wooden structure would span the Thames in a single arc from just to the east of where the River Brent joins it on the north side, to the Brentford Gate of Kew Gardens on the opposite bank. 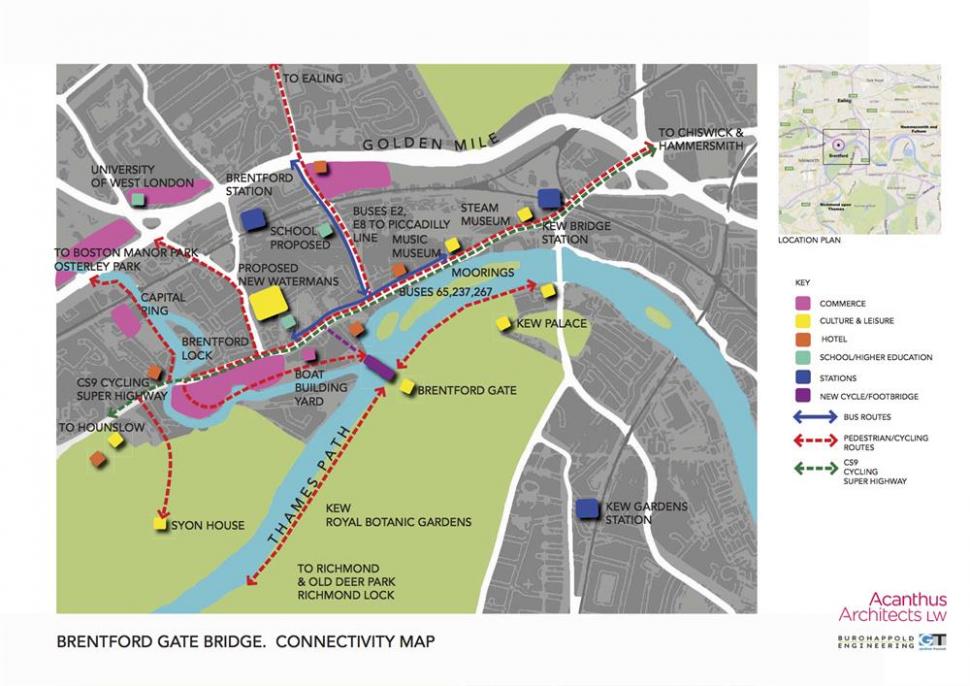 It also has the support of Labour MP for Brentford and Isleworth, Ruth Cadbury – who is co-chair of the All Party Parliamentary Cycling Group.