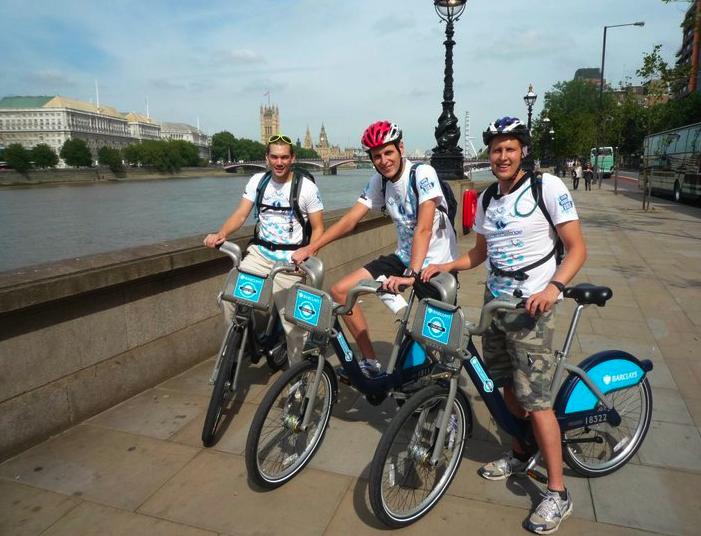 Three cyclists from London have this morning completed the self-appointed challenge of visiting every single one of the 366 Barclays Cycle Hire Scheme docking stations in the capital to raise money for charity, managing to complete the feat in less than the planned 24 hours – and travelling all the way, of course, on the scheme’s distinctive navy blue Boris bikes.

The trio – who on their Just Giving and Facebook pages give their names simply as Patrick, Jon and John – undertook the Crazy London Cycle Challenge to raise £1,500 for Frank Water Projects, a charity involved with providing funding for facilities that give villages in India access to clean, safe water. As of 10am this morning, they had raised 85% of their target, and you can donate here.

According to a message from one of the group on the Boris Bike forum, Transport for London even lent its support to the endeavour, providing “some tips for the day - they will be confirming which docking stations are and aren't operational a couple of days before the challenge (the route currently takes in all planned stations).”

That forum thread also gave rise to an interesting discussion of the maths behind the challenge, with bikes needing to be docked at each docking station including a five minute spell every half hour to avoid being charged.

At around 8am this morning, a message was posted on the team’s Facebook page saying: “Mission accomplished! All 366 docking stations visited in 20hrs 32mins. And now, to bed. Completely shattered!”

The pedalling doesn’t stop there, however – the team’s next project is a rickshaw race across India, but in the meantime you can make a donation here.