Two cyclists who took part in a race at Saturday’s Rapha Nocturne in the City of London are appealing for help to track down their bikes – one of them with a custom colour scheme shared with only one other bike – after they were stolen from the riders’ compound at the event.

Ian Watson’s bike has highly distinctive paint scheme in the colours of CC London, which he co-founded with Grant Ventner, and they are the only two cyclists to have such a design on their bikes.

He posted pictures of Grant’s bike (see the gallery below) to the Regent’s Park Cyclists Facebook bike to show the paint scheme, as well as one of himself riding his own bike on Saturday to give an idea of the set-up, shown above.

The frame is from the Belgian brand Schils, but resprayed in that bespoke colour scheme and with CC London decals on the downtube and head tube.

Ian said: “The bike is also a mix match of components which will also make it quite distinctive.”

Ian said: “If you see anyone riding round on one of these bikes and they are not wearing CC London kit, then they are on a stolen bike.”

The other bike stolen belongs to Dave Buck, and was locked to Ian’s bike. It’s a Canyon Aeroad SF SLX (size XL) with Mavic Cosmic Carbone wheels with Veloflex Master tyres and full Shimano Ultegra Di2 (with a badly scuffed up rear mech). 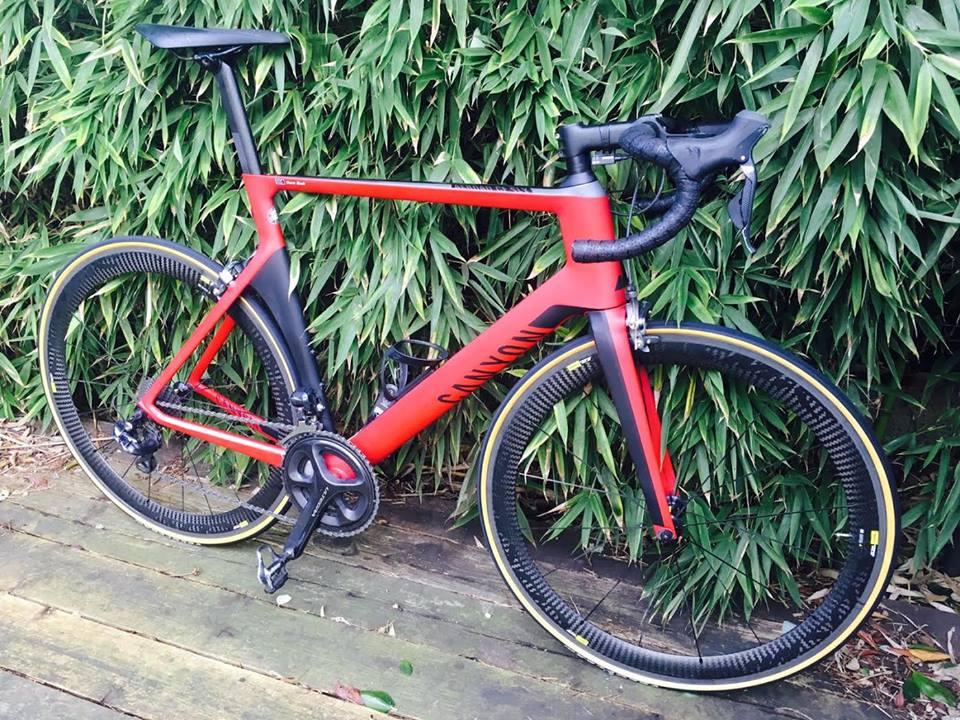 HELP! My bike was stolen from the rider village after my race at the @raphanocturne on Saturday. Keep an eye out please! @StolenRide pic.twitter.com/Qkp2YGts8i

If you have any information regarding the bikes, please emailinfo [at] road.cc?subject=RAPHA%20NOCTURNE%20STOLEN%20BIKES"> info [at] road.cc and we will put you in touch with the owners.