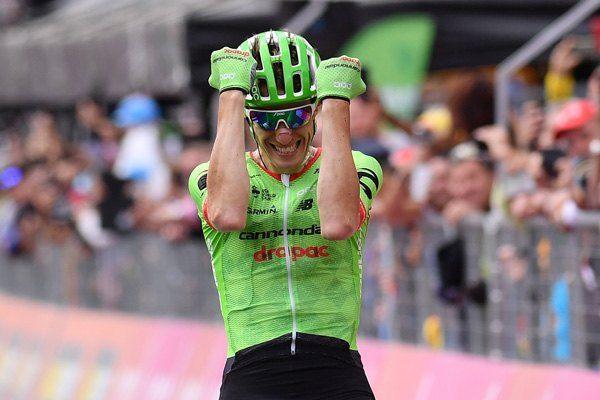 Cannondale-Drapac has responded to reports that the US bike brand the co-sponsors it is withdrawing its backing – but says that it is looking for additional sponsors, as well as more investment.

The UCI WorldTour team is managed by Slipstream Sports under CEO Jonathan Vaughters and switched to riding Cannondale for the 2015 season, having previously been supplied by Cervélo.

US bike brand Cannondale had provided bikes for the Italian team Liquigas, which was wound up at the end of the 2014 season.

It joined existing sponsor Garmin as title sponsor of Cannondale-Garmin for 2015, before becoming sole sponsor at the start of 2016 as Cannondale Pro Cycling.

Prior to last year’s Tour de France, it was announced that the sponsor of the Australia-based UCI Professional Continental team Drapac had come on board as co-sponsor, with the two teams set to merge ahead of the 2017 season.

In a statement, the team’s management company Slipstream Sports said:

Cannondale is not only a sponsor of the team but also a major owner of Slipstream Sports.

And while Cannondale wishes to continue as a major financial backer, we are actively looking for additional sponsors.

The team’s budget is extremely limited and has been for several years, forcing cuts in areas such as sport science and aerodynamic testing.

In order to provide the proper level of support to our riders, we will continue to search for further backing.

In March Cannondale’s owner, Canada-based Dorel Industries, revealed that its Dorel Sports division, which includes Cannondale within its Cycling Sports Group, had made a loss in 2016.

It has restructured the business in response but earlier this month, said that Dorel Sports had seen a 9.9 per cent decline in “organic revenue” during the first quarter of 2017 and that more widely, “the bicycle industry is currently facing short-term challenges,” meaning that “sales growth opportunities in 2017 could be limited.”

Following a barren couple of years in terms of victories at WorldTour level, Cannondale-Drapac returned to winning ways last month with Andrew Talansky taking a stage at the Amgen Tour of California and Pierre Rolland clinching Stage 17 of the Giro d’Italia.