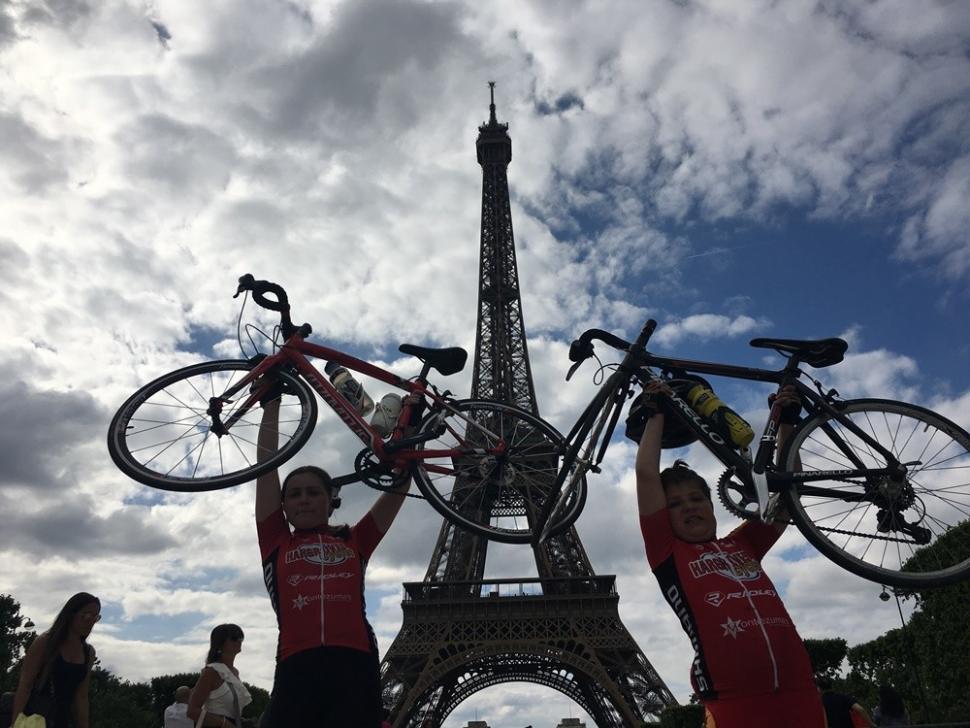 Nine-year-old Alfie Earl has ridden from London to Paris, becoming the youngest known person to do so. His 12-year-old sister, Saskia, joined him on the ride and is believed to be the youngest girl to complete the trip.

Alfie scaled the Col du Tourmalet last June and then in October rode the Passo dello Stelvio less than 48 hours after climbing Mont Ventoux. He has now set his sights on the Col du Galibier in July "for good measure".

Alfie and Saskia set off from Blackheath on Saturday and made it to the Eiffel Tower yesterday afternoon.

Alfie said: "It was really hard at times and sometimes I wanted to stop, but I did this in memory of my granny who died in November, to raise money for Cancer Research, and when I got to the Eiffel Tower it was amazing."

He added: "A year ago a lot of people didn't think I could do this. Some people think a boy this young shouldn't even try it. I do it because I want to though, and I feel proud, and I have been helping lots of people by doing this ride.

"To anyone who doubts my determination and why I like pushing myself to do more, I say this – in your face."

Alfie is now supported by Hargroves Cycles which provided his kit for the ride, and jerseys for Saskia.