Premature celebrations, road rage a-plenty and a high-speed bear chase: we round up the week on two wheels...
by Jack Sexty

Always make sure: Celebrating too early is one of the most embarrassing things that can happen to a pro cyclist - but that's exactly what happened to Bahrain-Merida rider Luka Pibernik on Stage 5 of the Giro d'Italia. The Slovenian rider jumped off the front of the peloton and celebrated as he crossed the line, only to find out there was a lap to go - in which he was convincingly reeled in by the other riders, one of which included eventual winner teammate Fernando Gaviria of Quick Step Floors. He should have learned from the mistake of Spanish rider Eloy Teruel, who made the same gaffe at the Tour of California in 2014.
Find out more here.

The Giro is playing out for a grandstand finish 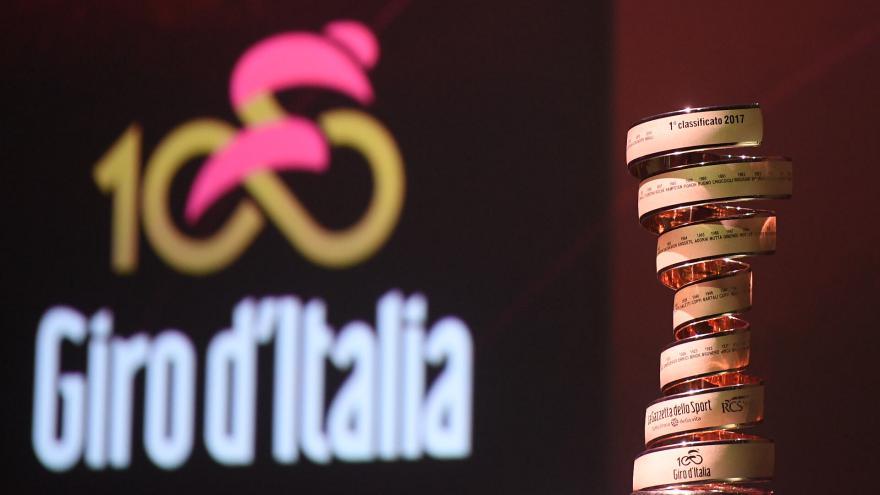 The favourites of Thomas, Quintana and Nibali are all comfortably nestled in the top 20 of the GC with just seconds separating them. We could have to wait until the weekend mountain stages until we see some gaps starting to appear.
Check out our stage-by-stage race guide here.

But really, the Giro riders have other priorities… 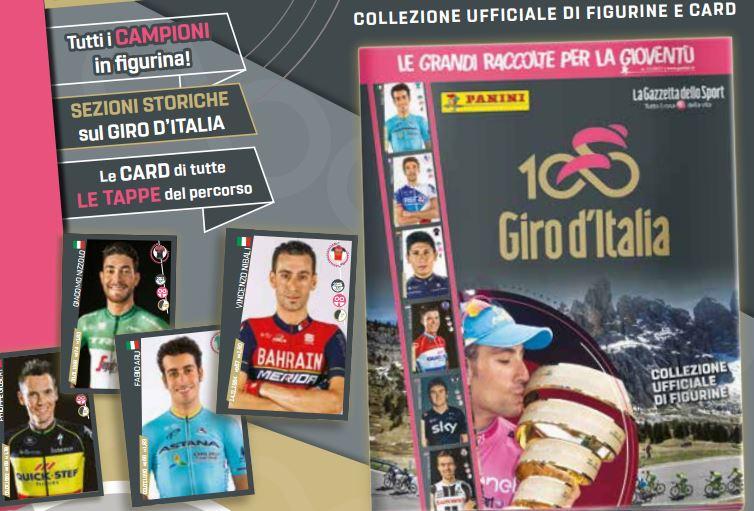 It emerged that riders in the Bora-Hansgrohe team nearly caused "a riot" according to Sam Bennett, as he and his teammates squabbled over the Giro 100 limited edition Panini stickers...
Find out more here.

Road rage assaults are fiercely condemned by the majority, including judges 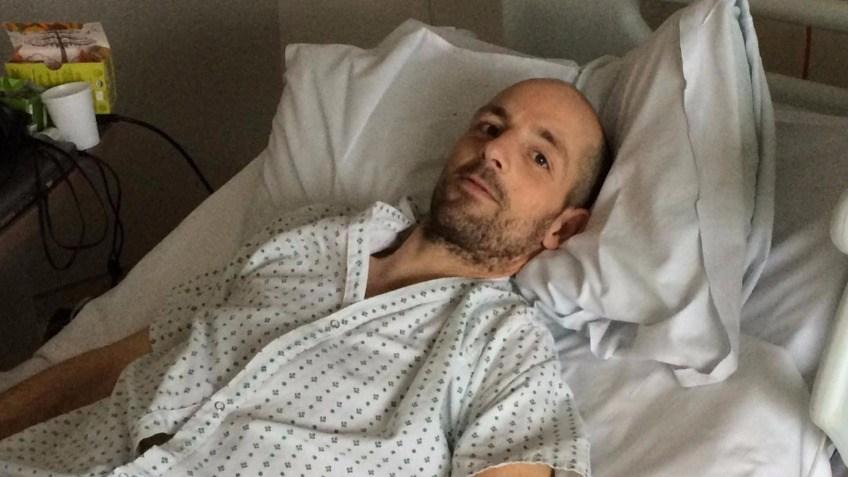 There’s a lot of work to be done as is evidence from the case of Damien Doughty, who was seriously injured when he was rammed off his bike in London last year - but the outcry from the cycling community and the wider community alike, plus the judges' three year prison sentence for perpetrator Justine Henshaw-Bryan, is hopefully a step in the right direction.
Find out more here.

…But even Le Tour winners aren’t safe from attacks 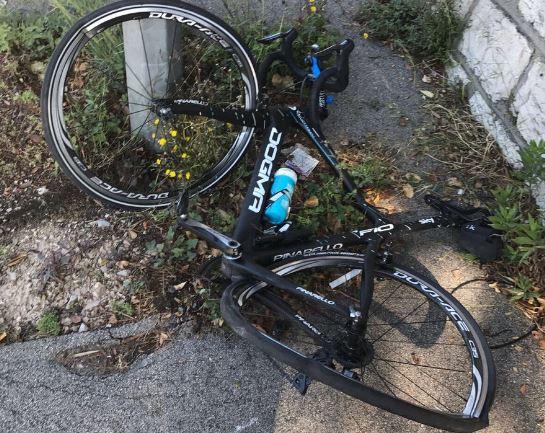 Froome's social media post of his broken bike after being knocked off by a driver on a training ride in the French Alps quickly went viral, again leading to universal condemnation of the driver who hit the three-time Tour de France champion.
Find out more here. 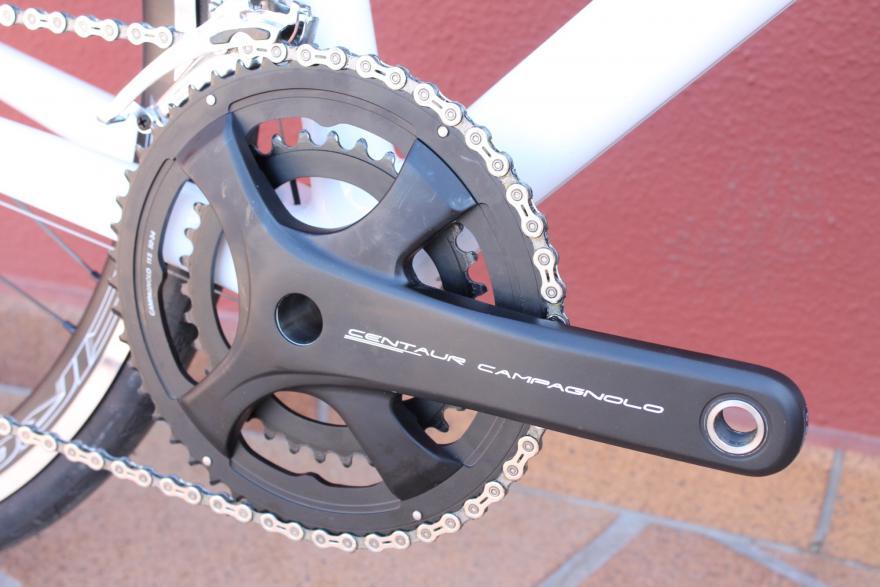 'Excellent news', 'seriously good brakes',... 'ugly', 'pricey'? The news that Campagnolo are re-launching their Centaur groupset was met with a mixed reaction on our comments thread.
Find out more here.

Drones can be lethal 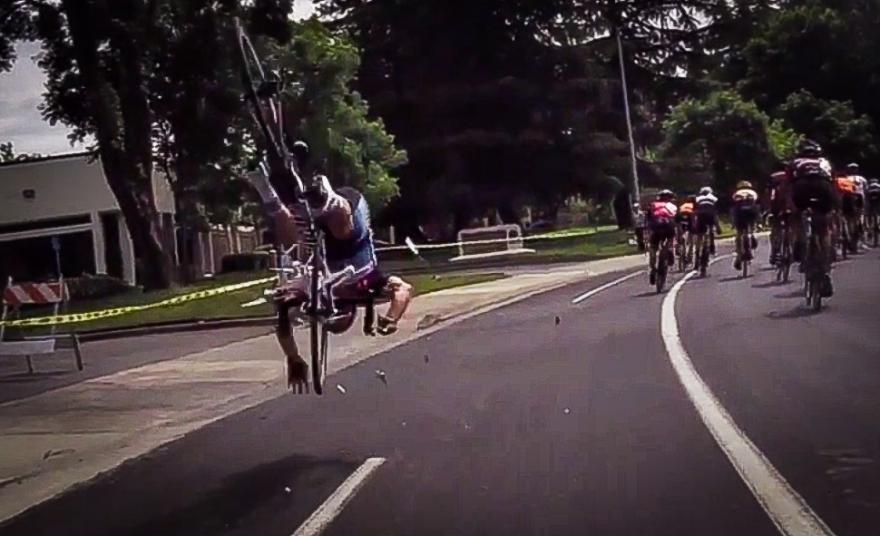 Footage emerged this week of a race in California in which a rider unbelievably got a piece of metal from a drone stuck in his spokes.
Finds out more here.

...And so can brown bears

This footage shot in Slovakia shows a bear chasing the rider downhill. Fortunately he emerged unscathed, most probably with a pb for that particular descent…
Find out more here.

May the Fourth was definitely with Andrew Collins 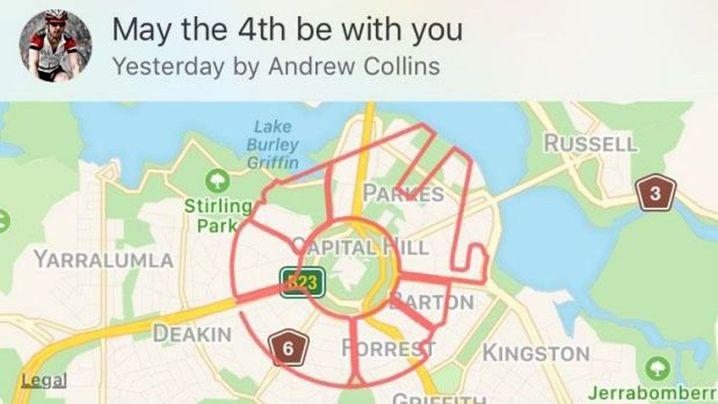 A Canberra cyclist who is also a Star Wars fan marked last Thursday's May the Fourth in style - by sketching the outline of the Millennium Falcon on Strava.
Find out more here. 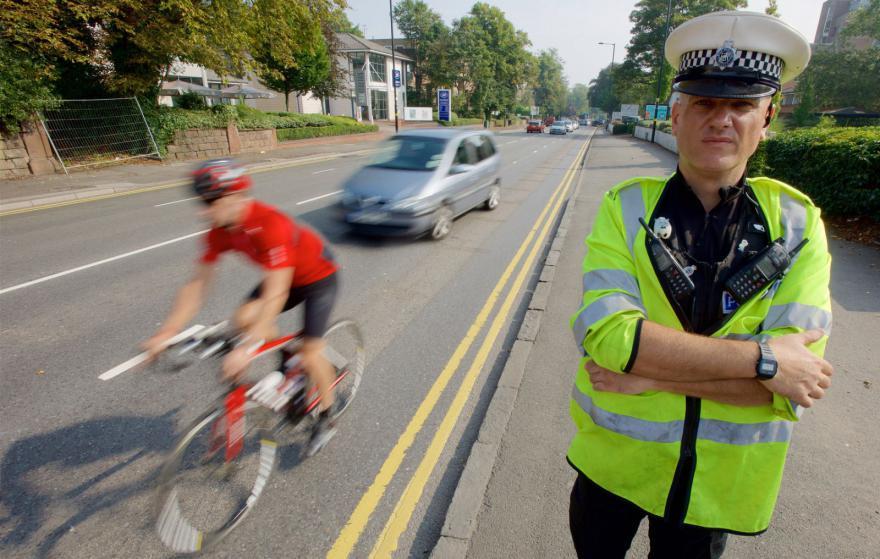 Another positive step for increased cycle safety on British roads, as West Yorkshire Police are the latest force in the country to adopt the widely praised close pass initiative introduced last year by West Midlands Police.
Find out more here. 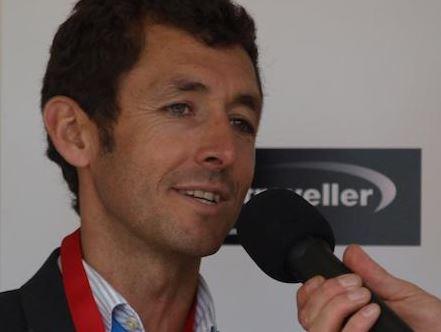 Spain’s Supreme Court has ordered the country’s government to pay Roberto Heras €725,000 (£612,000) in compensation for lost earnings resulting from his positive test for EPO, subsequently ruled invalid, during the 2015 Vuelta a Espana.
Find out more here