Specialized have redesigned their top-end Roubaix bikes for 2011, given their Allez a revamp and upgraded their high-end Tarmac.

The biggest changes are reserved for the endurance-inspired Roubaix. Specialized have long used In-Zertz viscoelastic dampers in the Roubaix’s frame and forks to improve comfort but the design has been altered for 2011. This time around the In-Zertz are bolted into carbon cavities in the seatstays and fork legs of the SL3 models – so, essentially, you get a little pocket of cushioning to reduce road vibration. You get another Zertz insert in the seatpost which, being a slim 27.2mm in diameter, helps take the sting out of rough roads. 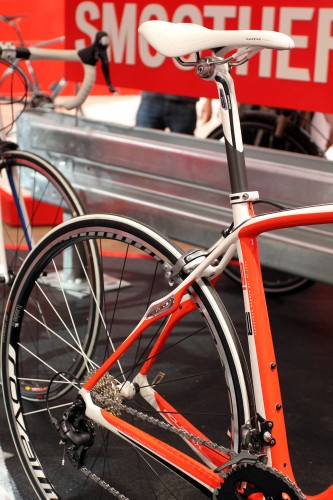 Specialized also engineer a degree of flex into the frame through the type of carbon fibre they use and the fact that the tubes are flattened. The idea is that they’ll move vertically to provide comfort, but not flex sideways as you apply the power. And the Roubaix’s geometry is a little less stretched than a standard road race design, and a little higher up front to give you a more relaxed ride position. 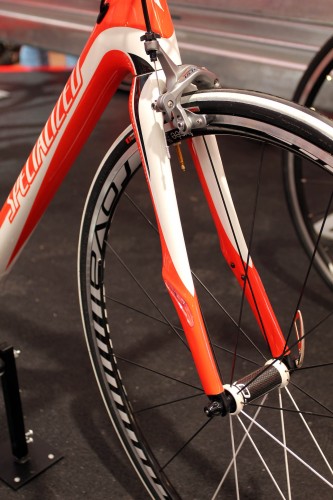 Our man Mat has done a few rides on the 2011 Roubaix SL3 Expert C2 and Jo took out the flagship SL3 Pro Dura-Ace at the Eurobike Demo Day. The thing is, you have to agree that the design achieves what it sets out to achieve. It’s a comfy position and when you finish a big ride you don’t feel like you’ve done 10 rounds in the ring with David Haye. And, as Specialized are fond of saying, “Smoother is faster”. If you feel good, you can carry on performing to the max.

We must say, we prefer a lower front end for the improved aerodynamics, so the first thing we do when we get a Roubaix is to swap all the headset spacers around to get the stem as low as possible – which kind of negates one of the key points of the design. But you certainly get a comfy ride, there’s no doubt about that, with very little buzz to grind you down. Is the new Roubaix design more comfortable than previous years’ offerings? Hmmm! Specialized’s data says there’s more of that good old vertical compliance we love to hear about. Your humble road.cc crew, if we’re being honest, would be hard pushed to discern any real difference in feel. A neat design, though. If you’re after a performance bike you can ride all day long and you struggle with a standard low ’n’ stretched position, this is the best tool for the job. If it’s good enough for Fabian Cancellara on the Paris-Roubaix cobbles, it’ll handle your local weekend run without breaking sweat. 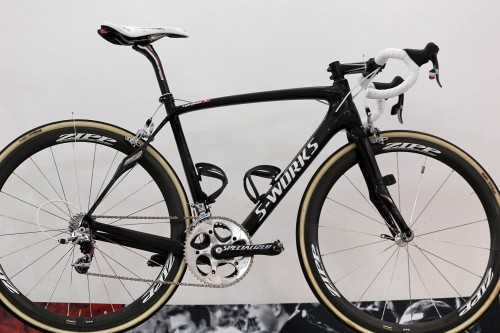 The SL3 frame, which comes in at under 1,000g features on the Pro and Expert models while the rest of the range gets the 2010 SL2 design. 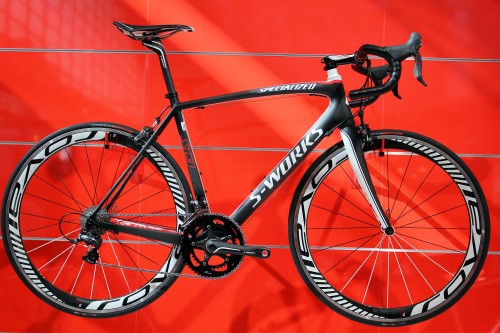 We also took Specialized’s S-Works Tarmac SL3 out for a spin at theEurobike Demo Day. The same high-modulus carbon frameset that was ridden by the Astana and Saxo Bank teams in 2010 – Alberto Contador and Andy Schleck, for instance – is an amazing speed weapon. It’s ridiculously light and fast. Obviously. And very, very stiff with it. The S-Works models get an all-new carbon fork for 2011 – the legs are wider than before for even more lateral stiffness. Lovely. If we had the money, we’d have one right now. 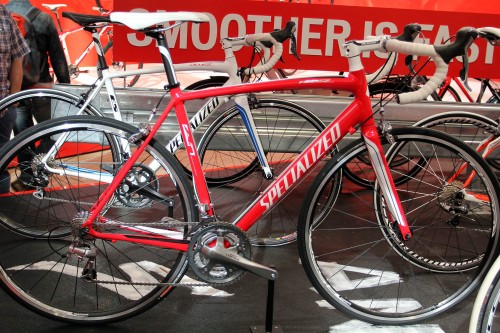 Sharing the same geometry but, thankfully, not the same price tag, the Allez bikes have been redesigned for 2011 for greater stiffness – Specialized are claiming a 20% increase in the stiffness to weight ratio. The Allez’s frame comes in two different aluminium blends – the E5 and the A1. The lighter E5 version gets a 1 1/8in to 1 1/2in tapered head tube while the A1’s is 1 1/8in at both ends. The six models in the range all have Specialized’s FACT carbon forks while the groupsets range from budget Shimano 2300 on the Allez X2 through to pretty-darn-impressive mid-range 105 on the Comp C2. 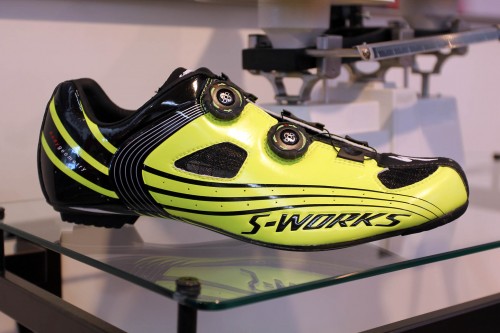 We’ve just got time for an of accessories pic before the nice Eurobike people boot us out on the streets for the night. We’re pretty sure Specialized’s BG S-Works Road shoes weren’t available in this colour last year – we’d have noticed, surely. So if anyone would like dayglo footwear… Anyone? Okay, there’s no need to be rude.