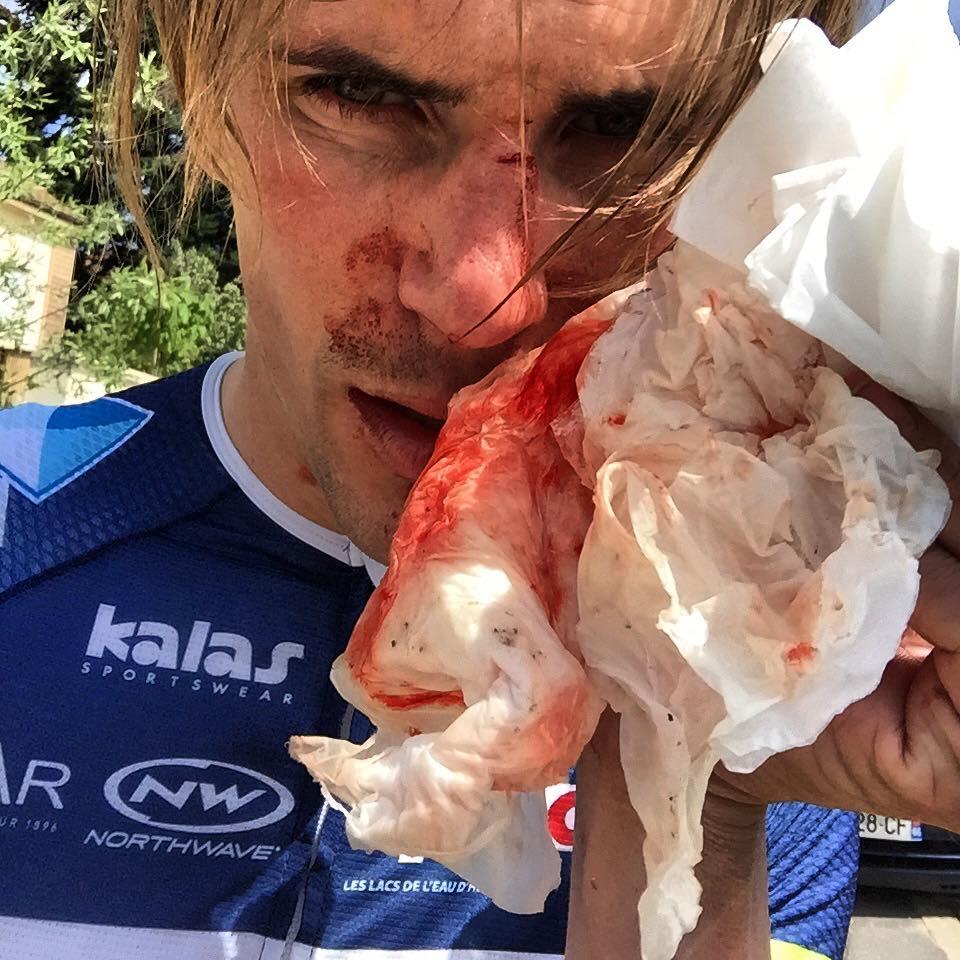 Wanty-Gobert rider Yoann Ofredo has posted pictures to Facebook of the injuries he sustained today, including a broken nose and severe bruising, when he was assaulted during a training ride, with his assailants hitting him with a baseball bat and a bladed implement.

The 30-year-old, who was 14th at both the Tour of Flanders and Paris-Roubaix earlier this month, said that he was not angry at what had happened but that the assault had left him “in shock.”

He wrote: “I started riding a bike at the age of 12 with all the feelings of being carefree that goes with it. I never imagined that from this passion would be born a career, that of a bike racer.

“Nor did I ever imagine that in the course of my career I would meet some magical people, who in some cases have left us way too soon.

“I never imagined either that this job would be so dangerous.

“I never imagined that exercising my profession would at times involve me risking my life.”

Offredo, who joined the Belgian team this season after 11 years with FDJ, did not reveal where the assault had taken place nor the exact circumstances of it.

However, he wrote: “Today, I was the victim of an assault with a bladed weapon and baseball bat while training with two friends.

“The result – a broken nose, a rib in a very bad way and bruising all over my body, but beyond physical wounds above all I am shocked.

“I’m not angty, I am just sad to realise that this beautiful sport that I  love, I don’t want my kids to practise it … it’s too dangerous.

“You go out in the morning to train, but you never know if you’re going to come back home.

“I’m just sad to realise, that in this country [France] of the Rights of Man, the rights of cyclists are ignored.”