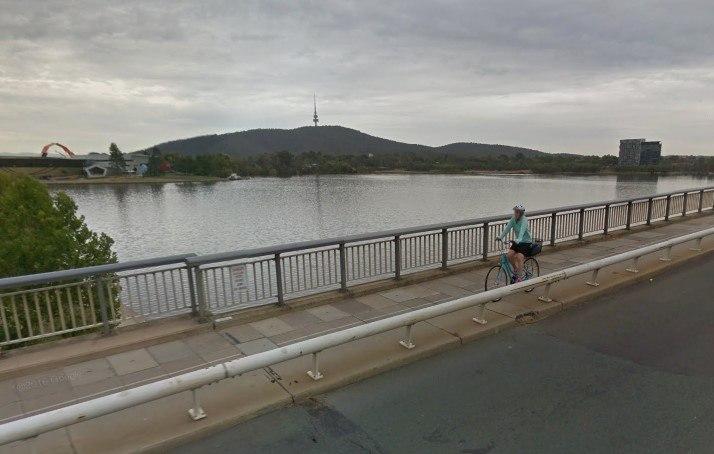 Later describes suggestion as “a brain fart”
by Alex Bowden

A Canberra politician has suggested that the government use data from Strava to take action against cyclists who ride too quickly on bike paths. Mark Parton, himself a regular cyclist, was quick to change tack however once elements of his own ride data were brought to his attention.

Parton’s comments came during an Australian Capital Territory (ACT) parliamentary hearing in which the enforcement of the 10km/h speed limit on the path over Canberra’s Commonwealth Bridge was being discussed.

The Canberra Times reports that Minister for Transport Meegan Fitzharris had expressed concern about people on bikes speeding on shared paths and Parton said she should look at Strava data.

"Every hard-core cyclist is on Strava. They have a digital record that's public as to how fast they're travelling and specifically where they've done it ...

"If you were getting to the point where you're trying to crack down on cyclists you believe are riding in excessive speeds in those areas, it's like people get prosecuted for posting something on YouTube – the data is actually available for most cyclists as to exactly how fast they've gone and exactly where they've done it."

According to ABC, it's legal to ride on footpaths and shared-use paths in the ACT at speeds of up to 50km/h – the default speed limit for urban areas. Cyclists can be fined for three types of offences in these areas: for not keeping left, for not giving way to a pedestrian, and for not keeping left of an oncoming cyclist.

Parton first started cycling during a weight loss challenge and often commutes from his home in Tuggeranong to the Legislative Assembly. “I found I could eat whatever I wanted, as long as I rode my bike regularly,” he observed.

It was pointed out that his own Strava data showed him doing 62km/hr on a recent commute and it was put to him that this speed was highly unlikely on a flat stretch of road and was therefore likely to be the result of inaccurate data recorded by his smartphone or GPS device.

Writing on Facebook, Parton later described his own suggestion as, “the silliest thing I’ve said publicly since being elected.”

Describing the comment as “a brain fart in a committee hearing,” he added: “I was thinking aloud and it was an ill-conceived thought. It didn't take much examination for me to realise that the suggestion was ludicrous.”

Last year, councillors in California banned mountain bikers from a local preserve after Strava data revealed riders were travelling at speeds in excess of 20mph on shared trails.

One councilman who had been reluctant to ban cyclists said that the Strava data had “put a hole in the whole argument.”