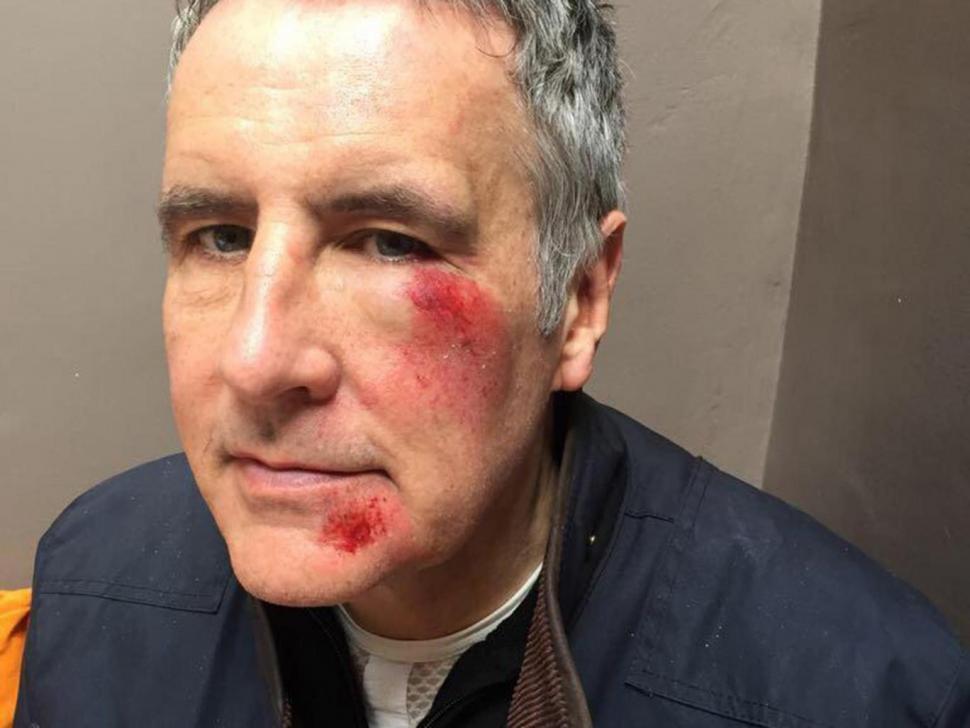 Sky News presenter Dermot Murnaghan has posted pictures on social media of the facial injuries he received in what he says was a hit-and-run in north London.

The keen cyclist and newsreader said it happened in Kentish Town earlier this week, and was the reason why he had not been on air for a few evenings.

He said: “Here's why I haven't been on air for 2 days. A hit and run in Kentish Town yesterday. Police were fantastic.”

When another user replied: “Perhaps someone doesn’t like @SkyNews?” he said: “Haha. Plenty of suspects.”

Another fan asked: “Good job the bike is OK?”

Murnaghan said: “Sign of a true cyclist – is the bike ok? It’s all your fault.”

Murnaghan has long been a cycling fan - way back in 2009 we reported how he was cycling around the South West of England to look at how the downturn has affected the region – naturally the two day ride was dubbed the “Economic Cycle”.

Murnaghan made good use of the national cycle network for much of his ride.

He said: “One minute you're happily pedalling on a beautiful tarmac-laden cliff top route, admiring the panorama and taking in the air.

“Seconds later, the path ends without warning and you're forced onto a lethal B road, dodging the advancing vans and dodging the potholes.

“In many ways it's a useful metaphor for what has happened to the economy over the past year.
“Suddenly and without warning the decade and half of confident prosperity came to a shuddering halt.”