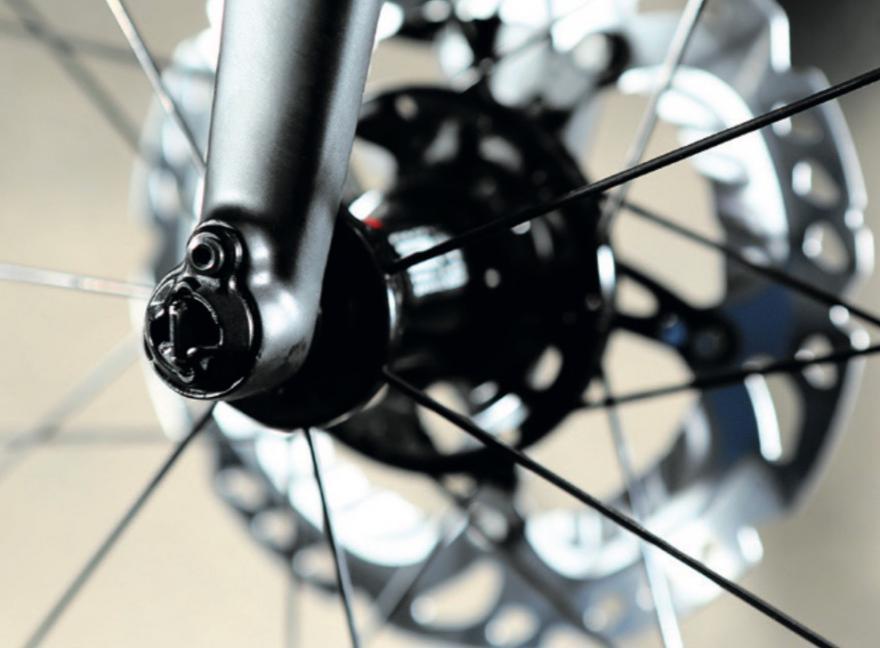 “Now we feel compelled to act in a stronger way to be heard," says CPA president Gianni Bugno...
by Simon_MacMichael

The CPA, the organisation which represents professional cyclists and is often termed the 'riders' union', has threatened the UCI with legal action regarding the governing body’s resumption of its trial of disc brakes in road races this season without putting previously-requested safety measures in place.

In a press release issued yesterday evening, the CPA said that it had sent the UCI “a legal warning” in which it said it “is very concerned about the situation that has arisen since the authorisation to use the disc brakes during the races.”

At last week’s Abu Dhabi Tour, Team Sky rider Owain Doull claimed that his shoe had been sliced through by a disc rotor on Quick Step Floor rider Marcel Kittel’s bike, although it is unclear if that is actually what happened.

At the weekend, Lotto-Soudal rider Adam Hansen, the CPA’s representative on that race, said that the UCI had ignored riders’ safety concerns, including requiring protective covers to be put in place.

In its letter sent to the UCI, the CPA said: "The trial has started before … some appropriate test

The riders’ association said that it had “repeatedly stressed” to the UCI’s equipment commission “the need to round the profile of the discs and cover them with some protections.”

The CPA’s legal department says its failure to do so makes “the UCI inevitably responsible, for the permission they gave to use the disc brakes without applying the necessary preventive measures, for any damage or accident that should happen to the riders.”

It has called on the UCI to review its position and to require protective covers to be fitted during races so that disc brake rotors cannot come into contact with riders’ bodies.

“Failing that the CPA will proceed with all the necessary legal actions to safeguard the health and safety of its members, to which, as workers, must be guaranteed the adoption of all the appropriate preventive measures required by the legislation on the safety at work (eg. EEC directive 89/391),” it added.

CPA president Gianni Bugo said: "With the equipment commission we tried in every way the path of dialogue through the repeated letters and meetings we had.

“Now we feel compelled to act in a stronger way to be heard. As we have always said we are not against the disc brakes but against the non-implementation of the security measures that the majority of the riders asked before making the tests on the disc brakes in the races."

Yesterday we reported how Kittel’s team mate at Quick Step Floors, former world champion and seven-time Monument winner Tom Boonen believed the current furore over disc brakes had been blown out of all proportion.

Speaking ahead of the Omloop Het Nieuwsblad at the weekend, he insisted the technology was not dangerous. “It’s absurd,” he said. “Disc brakes seem at the moment to be the biggest problem in the world.

“I can’t understand the fuss. A crash involving 30 riders with broken legs and arms isn’t news. But one abrasion, allegedly caused by a disc brake, is worldwide news.”