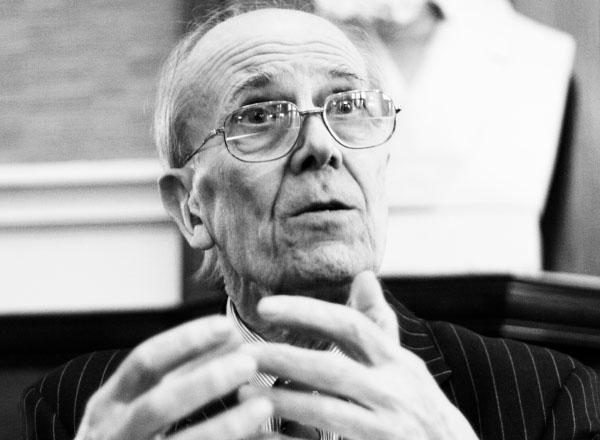 A Labour peer yesterday interrupted a Lord Tebbit rant about cyclists to pithily advise the former Conservative Cabinet member, "then get on your bike!"

BikeBiz reports how Lord Tebbit – who famously once said that his unemployed father had “got on his bike and looked for work” – had taken the opportunity presented by a House of Lords debate on air quality to complain about the "barricades" erected to protect cyclists.

“It sometimes takes over an hour to drive from Parliament Square to the Tower of London,” said Tebbit. And underlining the full extent of his dissatisfaction with those on two wheels, he continued: “That is being caused by the barricades which have been put up in order to assist cyclists – who also get in the way on the main road.”

That drew the heckle, which attracted much mirth – but not in the stony-faced Tebbit, who responded: “The noble Lord opposite speaks very impertinently towards me and other people of my age who would find grave difficulty in cycling on the roads these days.”

So maybe use the segregated cycle lanes instead then, Norman.

Tebbit has previous when it comes to taking his opportunities to complain about cyclists during debates. In 2013 – during what was supposed to be a discussion on the safety of cyclists – he made the claim that cyclists 'habitually' break the law by giving false details when pulled up for traffic offences. On the basis of this alternative fact, he recommended that they be compelled to carry identification.

In June last year, Tebbit also called for an annual MPs’ bike ride to be cancelled on the grounds that it was a “foolish exhibition” likely to increase congestion and pollution.

Parliamentarians ride less than three miles from the Dutch Embassy to Parliament, but Tebbit wrote to Ruth Cadbury – who had sent out the invitation – to voice his displeasure. He chose to characterise the event as a “proposal to increase peak hour traffic congestion in central London on Wednesday 8 June.”