Bike Pure, the organisation that campaigns for a drug free future for the sport of cycling, and Bio-Racer, which makes its jerseys and have joined forces with three times Tour de France winner and former World Champion Greg LeMond to auction a specially produced Bike Pure jersey, with the money raised going to charity.

Bio-Racer only made two copies of the jersey, which has LeMond’s name on the back and the World Championship rainbow bands on the sleeve cuffs. Bike Pure gave one of them to LeMond when he visited Dublin recently, with the other now being auctioned on eBay for charity.

LeMond, himself an outspoken critic of doping in cycling, lent his backing to Bike Pure on his visit to Ireland, and the organisation’s co-founder Myles McCorry said, “Bike Pure are very excited to have such a rare cycling jersey up for grabs and money raised will go to a worthwhile cause."

"We are honoured to have Greg Lemond's support as we effectively have shared principles in our outlook on anti-doping. We applaud Greg's honesty and virtue toward a more secure future for out sport." he added.

LeMond said: "I am proud to partner with Bike Pure and believe in their strong code of ethics. I hope that more cycling sponsors adopt Bike Pure’s important commitment to protecting the lives and integrity of our sport."

Onimpex, Bio-Racer’s UK distributor, added: "Bio-Racer produces clothing for some of the greatest riders in the peloton but it is a huge pleasure and an honour to produce this special jersey for Greg Lemond, on of the legends of the Tour de France."

"Like Bio-Racer and Bike Pure, Greg's commitment to racing to win but racing clean is known throughout the world and this unique jersey is the perfect symbol of commitment to honest athleticism. " 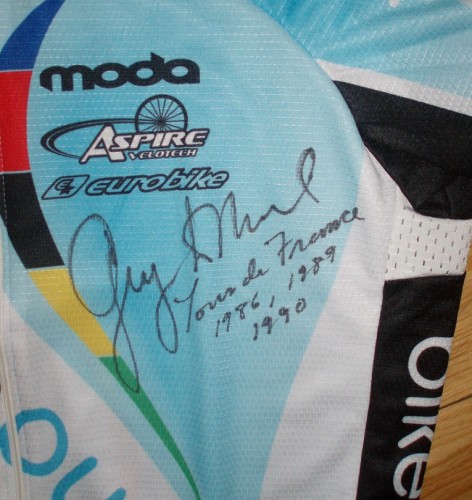 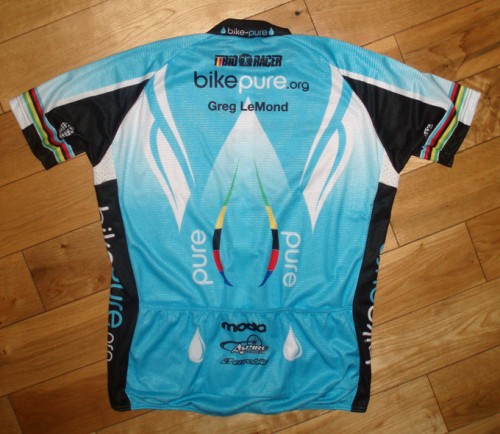