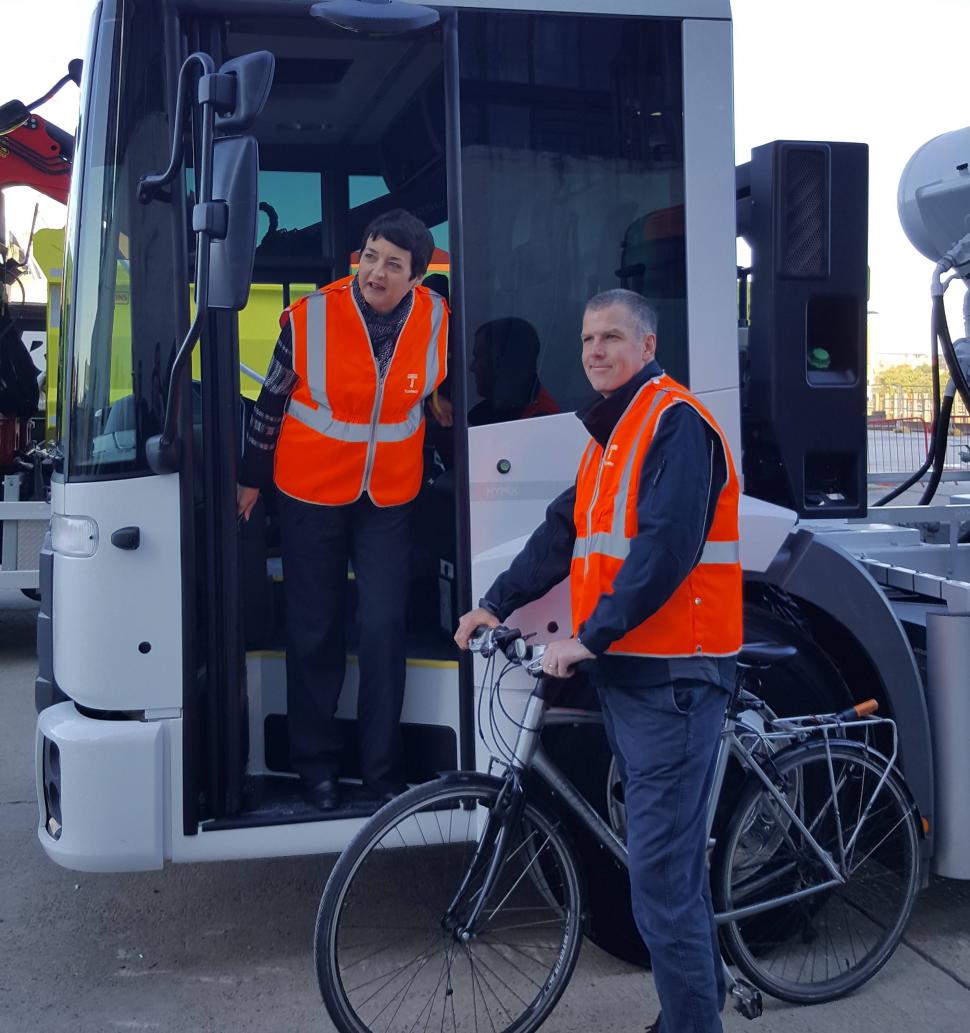 Mayor announces plans to ban 35,000 of the most dangerous HGVs from London’s roads

The Mayor of London, Sadiq Khan, says that HGVs with poor direct vision “should simply not be allowed on London’s roads” and he has launched a consultation on Transport for London’s (TfL) ‘zero to five star’ Direct Vision Standard for those that operate within the capital.

Under the Mayor’s plans, 35,000 ‘off-road’ HGVs, would be banned from London’s roads entirely by 2020. These vehicles – which are zero star rated on the level of vision the driver has from the cab – have been responsible for around 70 per cent of cyclist fatalities involving HGVs in the last three years.

By making the announcement now, TfL expects many dangerous lorries to be upgraded before the restrictions are imposed.

The plan is for restrictions to then be further tightened to a point at which only HGVs achieving a three star rating or above would be allowed on London’s streets by 2024.

In November, London Green Assembly Member Caroline Russell urged the mayor to introduce the new rules earlier than the proposed date of 2020, saying: “We cannot wait four more years before these killer lorries are taken off our roads.”

“I urge the Mayor to bring forward his star rating for HGVs before the proposed date of 2020. We cannot wait four more years before these killer lorries are taken off our roads.

To coincide with the announcement, TfL has also published research by the University of Leeds and Arup indicating that having direct vision from the cab of a lorry rather than relying on mirrors and monitors has a substantial impact on improving road safety for pedestrians and cyclists.

Drivers responded on average 0.7 seconds slower when checking blind spots and monitors compared to looking directly through the windows.

“This new research being released today shows how important it is we take bold action to address dangerous and poorly designed lorries operating in the Capital. HGVs with poor vision of cyclists, pedestrians and other road users from their cabin should simply not be allowed on London’s roads. Every time someone is killed by a lorry on London’s roads it is an appalling tragedy.

“Our ground-breaking Direct Vision Standard will be the first of its kind in the world, and TfL will lead by example by not using any zero-star lorries in its future supply chain.

“By continuing to work closely with industry, and beginning our first consultation now, we’re confident that many of the most dangerous lorries on London’s roads will be upgraded before our ban comes into place.”

The 12-week consultation runs until April 18.