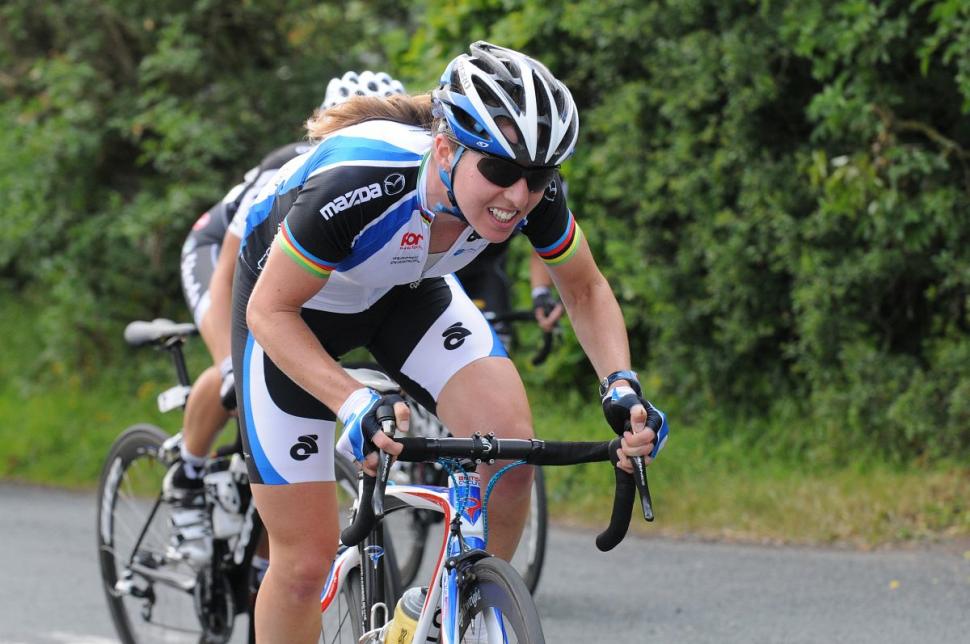 British Cycling ‘run by men, for men’ according to Nicole Cooke

Former Olympic champion Nicole Cooke says that cycling is a sport run "by men, for men," and adds that attempts to combat doping are best characterised as “the wrong people fighting the wrong war, in the wrong way, with the wrong tools.”

Cooke was not expected to pull her punches when giving evidence to the Culture, Media and Sport Select Committee, and her written evidence, submitted to accompany a question and answer session earlier today, was as strongly worded as expected.

The heart of her criticism is her claim that the management at British Cycling (BC) “are answerable only to themselves.”

She believes this is how a situation could arise where the then British Women’s Road Team Coach, Simon Cope, abandoned his formal duties to spend four days delivering a Jiffy bag to Team Sky at the 2011 Critérium du Dauphiné.

Cooke says that Cope could be directed to do this because those affected had no-one to appeal to.

“The Director of the BC cycling performance program, Sir Dave Brailsford, and the National Coach, Shane Sutton, are both working for Team Sky in management roles as well as their public roles and can misdirect because they know that they have the approval to do so from the two cycling representatives on the Board of the Team Sky holding company, Tour Racing Limited, Ian Drake and Brian Cookson who were respectively CEO of and President of The Executive Board British Cycling throughout this period.”

Drake had been due to leave in April and according to the organisation his early departure was because he had completed handover of his duties. However, it was also noted by some that he left during the week in which British Cycling received a copy of UK Sport’s report into the climate and culture within its World Class Programme.

However, Cooke clearly doesn’t hold UK Sport in especially high regard either, writing: “Throughout my whole career, BC senior management and the Board could not have made it more clear to those they directed, that men and the actions and achievements of men, were all that mattered. This was obvious to all observers of the sport but UK Sport just stood by, watched and approved.”

In a statement, British Cycling said:

“While there is still a way to go, British Cycling is absolutely committed to resolving the historic gender imbalance in our sport.

“Our ambition – launched in 2013 – to get one million more women cycling by 2020 has led to widespread changes across the sport at all levels including a 70% increase in the number of female coaches, the creation of Britain's first ever international level stage race in the Women's Tour, the continued growth of our female-only rides programme, Breeze, and British Cycling's female membership surpassing 20,000 members less than 10 years after the organisation’s total membership was less than that.

“Just this week, we announced equal prize money for the elite road series as part of our ongoing aim of gender parity across all aspects and disciplines of the sport. The Great Britain Cycling Team is also making significant strides. Since 2013, we have established a women's under-23 academy, a women's road team training base in Belgium and we are close to a 50:50 male/female ratio in terms of riders on the World Class Programme. British Cycling is also proud of the record of our elite women – at London 2012, the first Games to feature parity for the genders in cycling, and Rio 2016 they won a combined 28 medals. More than that, they are inspiring huge numbers of men and women to get active by getting on their bikes.

“There is always more that can be done and we strive to make continual improvements to ensure that cycling is reaching out to women and girls of all ages and abilities. And, with the media recently moving to increase coverage of women’s sport, we believe these improvements will accelerate.”