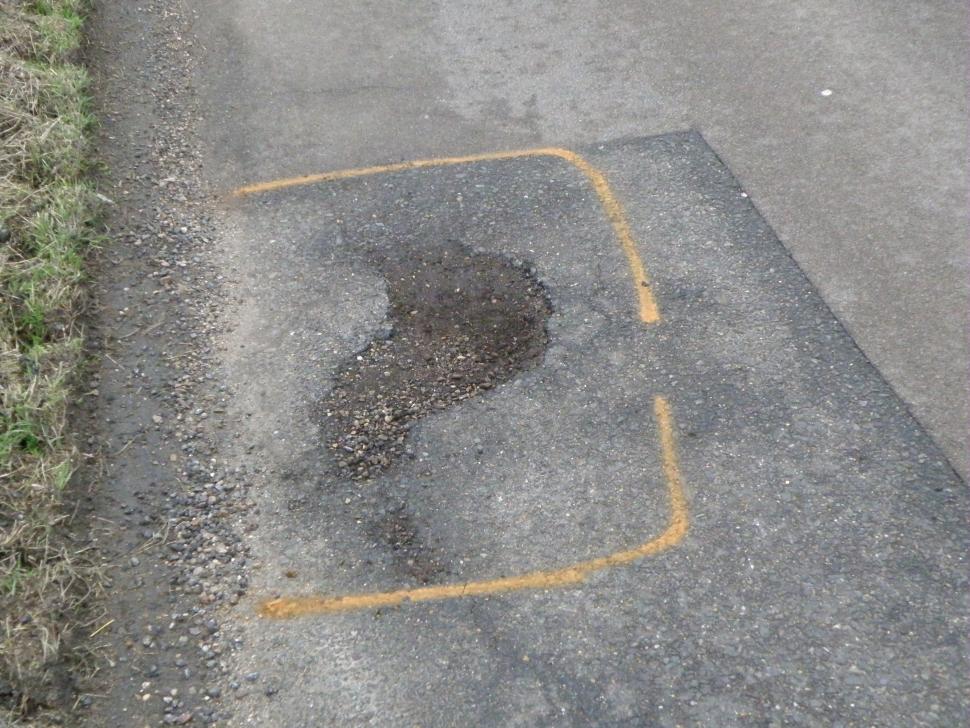 In 2014 and 2015, 99 people cycling were killed or seriously injured (KSI) in the UK due to road defects, and though the figure was slightly lower in 2015 than 2014, the trend is a worsening one. The greatest concern is over the state of minor roads, managed by local authorities, which are heavily-used for local journeys, and where the injury rate is highest.

Cycling UK says cuts to road repair budgets mean there is now not enough to maintain roads to their current standards, meaning a worsening of roads is inevitable. The Local Government Association (LGA) estimates while it will cost £14bn to fix the existing pothole problem, only £6bn is committed by Government.

“While the number of KSIs due to defective road surfacing for 2015 was thankfully down from 2014, the overall trend is on the up, and very worrying,” he said.

“Defective road surfaces are particularly worrying for our most vulnerable road users, as it’s trips to the hospital not the garage that they potentially face.” 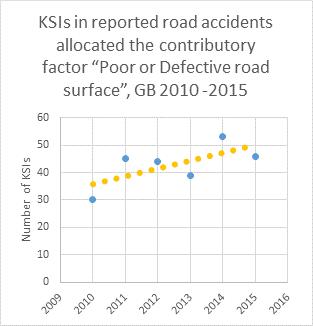 In a written response to a parliamentary question this week from Liberal Democrat leader, Tim Farron, Andrew Jones MP, Parliamentary Under Secretary of State at the Department for Transport, cited the latest government statistics on KSIs caused by road defects.

In 2014, 16 cycling KSIs occurred on main roads, down to 11 in 2015, with eight and five on B roads in those years, respectively. On C roads and unclassified roads, however, 29 cycling KSIs were attributed to poor road surface, increasing to 30 in 2015.

Jones says while main roads are well maintained these smaller roads, some well-used for local, everyday journeys, are checked less frequently because of their status and rural location.

The Local Government Association said earlier this month 2017 could be a tipping point for potholes as councils facing serious budget reductions face growing pothole bills. The LGA’s Martin Tett warned local authorities are trapped in a cycle where they are only ever able to patch up deteriorating roads.

Cycling UK helps an astonishing 10 per cent of its membership with pothole-related injuries per year, claiming damages against local authorities’ stretched budgets, for anything from broken glasses and damaged bikes to fatal collisions.

According to the Government’s own statistics, 211 people were killed or seriously injured cycling 2010-2014 because of “poor or defective road surface”.

“I’m often seeing across my desk accidents involving cyclists who have come a cropper on potholes, and usually photographs of the road and it’s in a terrible state, it’s at the end of its life and it has been patched or it hasn’t been repaired at all,” he said.

“I think it’s fighting a losing battle in maintenance; the problem is local authorities don’t have the cash to deal with them.”

Kitson said “drive by” checks in which inspectors don’t stop or get out of their vehicles as they check a road, can mean potholes are missed, especially in bad weather.

“Sometimes highways inspectors can be a bit lackadaisical in their approach or just miss [potholes],” he said, “because a drive by approach isn’t the best way to do it…they tend to go around in cars on roads outside town centres, and that is a problem.”

He said unless you can prove the system of inspection was inadequate or the pothole was longstanding, however, it can be hard to proceed with a road defect claim, while highways inspectors are well-briefed on what to say in court.

Court cases don’t come cheap, and Kitson warns of a false economy in defending tens of civil claims from injured cyclists, or families of those killed on defective roads, a sentiment Cycling UK’s Sam Jones echoes.

“If the roads were in a fit state, there would be no need for cash strapped councils to be paying out nor families across the country having to struggle with the loss of a loved one,” said Jones.

In his response to Tim Farron MP this week, Andrew Jones MP said poor road surface as a contributory factor may represent a reporting police officer’s opinion and not the conclusion of a detailed investigation. He points out only 70-80 per cent of accidents a year are attended by police officers, and have valid information on contributory factors.

Cycling UK’s Fill that Hole tool allows reporting of potholes. Once aware of a pothole, the relevant highways authority is under a legal obligation to repair it.