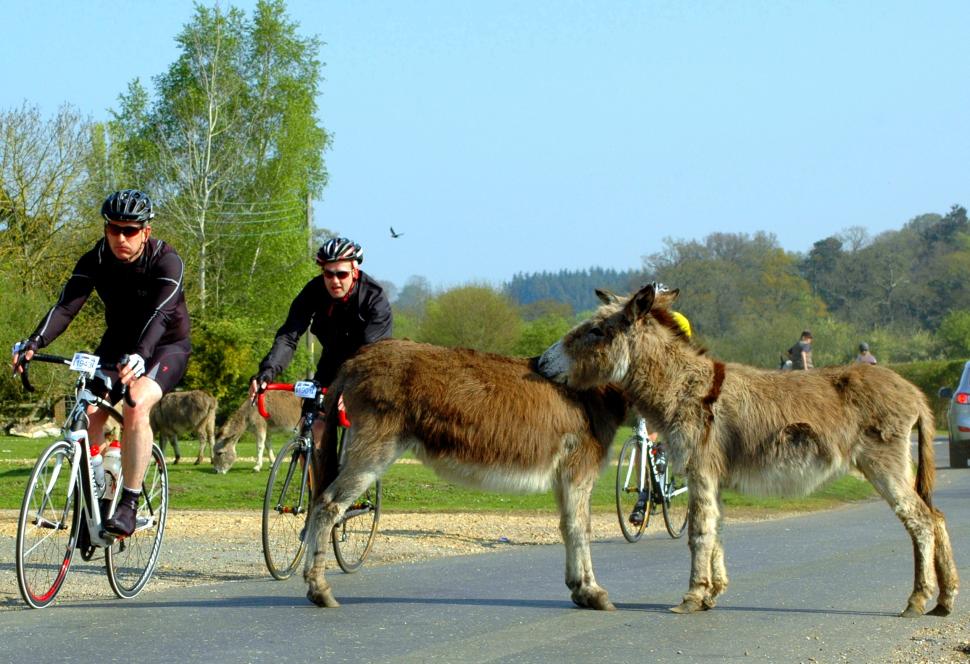 However, late re-routing of an event last year reignited tensions that led to charter's creation...
by Simon_MacMichael

The New Forest Cycle Event Organisers’ Charter, introduced in 2015 following incidents of sabotage of sportives, reports of bad behaviour by some participants and problems caused by date clashes with pony drifts,  "seems to have stood the test of time."

That's the verdict of a report put before the New Forest National Park Authority (NFNPA) today, although its author also said that a late route change to a sportive last September reignited tensions over sportives similar to those that led to the charter - heavily criticised by cycling campaigners when it was introduced - being drawn up two years ago.

Written by Nigel Matthews, the NFPNA’s head of recreation management and learning, sources for the report include feedback to the that Safety Advisory Group, parish councils, online forums, council and police staff, event organisers and participants, the Department for Transport and British Cycling.

Most of those sportives, including both two-day events – the Wiggle Spring in April and the Wiggle New Forest 100 in September – are run by UK Cycling Events (UKCE).

“For the majority of the year (as in 2015), cycle events seemed to take place more peacefully than in the past,” the report says, citing reasons including improved communication between organisers and other stakeholders, such as town and parish councils.

“There is good local awareness of potential issues and better opportunity for dialogue where appropriate, and the information provided enables local people to take account of the events as they plan their day,” it continued.

While it said that there had been issues including “poor rider behaviour” at certain sportives, “of much greater significance” was a late route change to the Wiggle New Forest 100, with organisers unable to find a site for a feed station in their desired location.

The report said the late change “brought back to the surface many of the concerns that prompted the creation of the Charter, and at the time it felt as if the clock had been turned back two or three years.”

Most complaints about the event “were expressing frustration about the number of cyclists cycling close together and the resultant impacts on other roads users.”

There were positives, too, however: “In part as a result of all the work surrounding the Charter, the flurry of phone calls, e-mails and associated activity that followed also demonstrated the ability of local people and organisations to work together remarkably effectively.”

The report added: “We will continue to encourage and expect individual cyclists to ride safely and considerately. We should also expect a similar standard and attitude amongst motorists.”

A UKCE representative told the Dorset Echo that it “works closely with the council and safety advisory group [SAG, set up under the charter] to organise safe events and minimise disruption to the local community and other users of the route, with the positive outcomes of this co-ordination highlighted in the report.

"We also meet with these groups after each event to discuss any complaints and feedback from local residents to identify improvements that can be made.”

While the charter, which is voluntary, requires sportives to have entries capped at 1,000 and for riders to wear a rear number, UKCE does not agree with those policies and has declined to implement them despite repeated requests to do so.

The event organiser said: “We have taken on board the feedback and have agreed with SAG additional measures to those currently in place for 2017.

"We respect the intent behind the voluntary charter and look forward to working closely with the council and safety advisory group again this year."