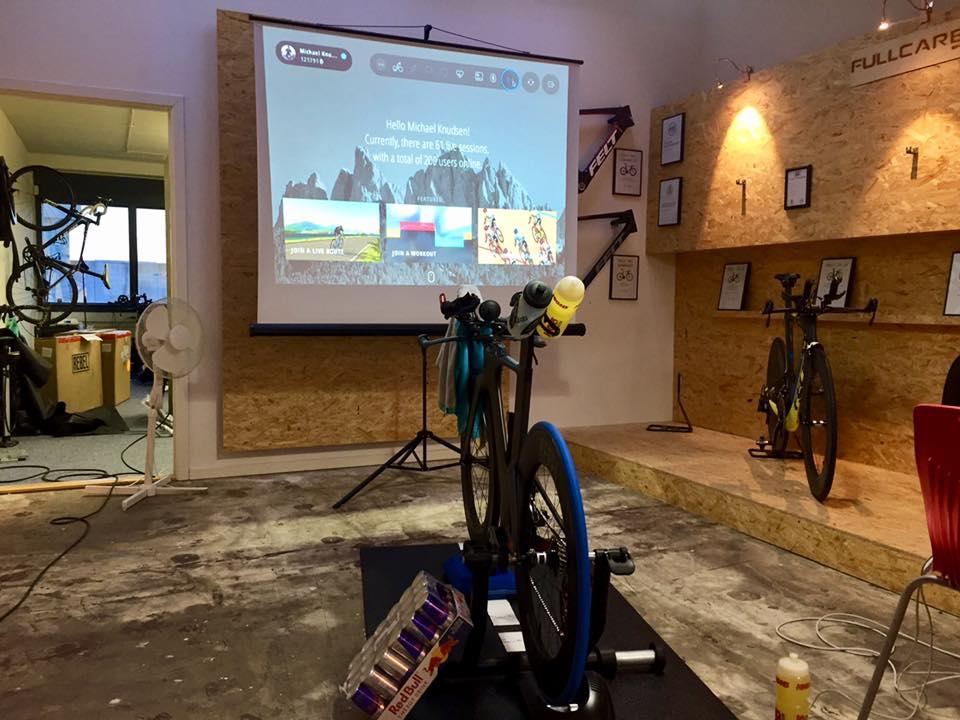 "I'll see your Everesting, and I'll raise you the Seven Summits ... on a turbo trainer"

Danish cyclist Michael Knudsen is 'climbing' 45,000 metres - equivalent to combined height of highest peak on each continent...
by Simon_MacMichael

A cyclist from Denmark who is training for this year’s Red Bull Trans-Siberian Extreme race is this week climbing around 45,000 metres on his bike, equivalent to the world’s ‘Seven Summits – with his efforts undertaken entirely on a turbo trainer.

Michael Knudsen ticked off, in the virtual sense, the first ascent today, with a height gain equivalent to the elevation of Mount Kilimanjaro.

By the end of the week, he hopes to have ridden a height gain the same as all the combined elevation of the highest peaks on each of the seven continents.

To make it easier for people to picture the challenge, he’s matched each of those to a well-known climb from the world of cycling.

He’ll tackle those the required number of times on video linked to his Bkool smart trainer to achieve the elevation of the corresponding summit.

Here’s how his schedule looks this week.

Knudsen, who is undertaking the effort at the premises of his wheel sponsor, FullCarbon, in Denmark, told road.cc: “It’s a pretty massive event,” and that he is “quite sure nothing like this has ever been done before.”

He added: Last Spring I did an indoor Everesting on my Bkool, by doing 8.5 Alpe d'Huez [ascents] straight. But this is a completely different beast.”

There is a livestream on his Facebook page, where you will also find updates as he pursues his goal.

> Video: Jens Voigt completes challenge to 'Everest' hill in Berlin – or does he?