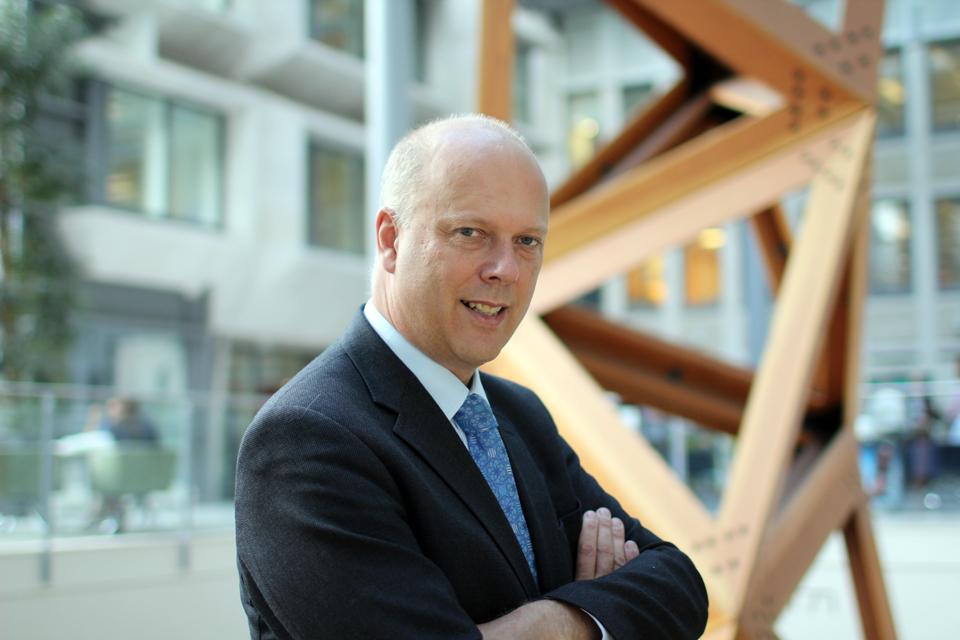 “I feel embarrassed for him,” says British Cycling policy advisor Chris Boardman, who has invited politician on a bike ride
by Simon_MacMichael

The cabinet minister was asked in Parliament today by Labour MP for Cambridge and shadow transport minister Daniel Zeichner to clarify remarks he made in a recent interview with the London Evening Standard, where he was quoted as saying “‘Cycle lanes cause problems for road users.”

Zeichner asked him: “I was wondering if he could clarify for the House exactly who he thinks road users are?”

Grayling replied: “Where you have cycle lanes, cyclists are the users of cycle lanes.

“And there’s a road alongside – the motorists are the road users, the users of the road.

“It’s fairly straightforward to be honest.”

Referring to the exchange, Boardman said: “The transport secretary’s comments demonstrate an astonishing lack of knowledge about how 7 million people regularly use the roads in this country.

“I feel embarrassed for him. If he truly thinks the roads are not for cyclists, then what am I paying my taxes for?

“Chris Grayling’s government has made a commitment to double cycling levels to help tackle congestion, obesity and air pollution – three issues that are at crisis point.

“The minister should also know that segregated cycle lanes of sufficient quality are incredibly rare in Britain.

“In fact, it’s going to be impossible to meet government targets on a diminishing budget of less than £1 per head. This is in stark contrast to the Netherlands and Denmark where more than £20 per head is spent.”

The former world and Olympic champion invited the minister out on a ride to experience the reality of cycling on Britain’s roads.

He said: “If there was ever anyone who needed to actually get on a bike and hear about the true state of cycling infrastructure, it is Chris Grayling and I’d be delighted to go on a ride with him.”

Grayling was in the news last month when video emerged of an incident in October in which he ‘doored’ a cyclist opposite the Houses of Parliament as he got out of his ministerial car.

Earlier this week, the Independent reported that Grayling did not give the rider his details since “no-one asked for them.”

Transport minister Andrew Jones said: “No details were requested at the time by either party”.

He added that Grayling “got out of the car, checked the cyclist was okay and waited until he was back on his feet.

“He spoke to the cyclist and apologised; they shook hands.

“The secretary of state has since been in contact with the cyclist and the matter is closed.”

But Simon Munk of the London Cycling Campaign pointed out that by failing to pass over his details, Grayling had broken the law.

He said: “The law is very clear – in a collision you stop, exchange details and wait for the police if necessary.

“That the transport secretary appears not to understand this basic issue, let alone how important cycling and funding cycling is, should be of major concern to anyone who wants a healthier, better Britain.”