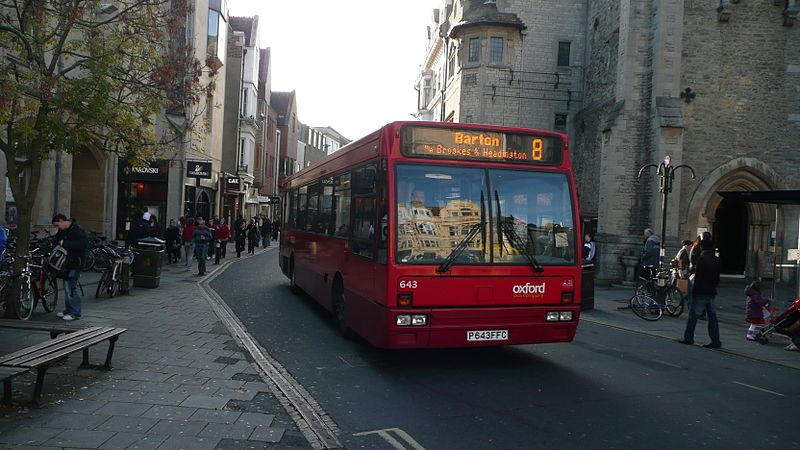 Cycling may finally be allowed on major Oxford shopping street

Restrictions could be lifted when buses are removed
by Alex Bowden

Restrictions on cycling on Oxford’s Queen Street could be removed when the street is pedestrianised later in the year. Cyclists are currently only allowed between 6pm and 10am but the Oxford Times reports that councillors are considering lifting restrictions when buses are removed in October.

Oxfordshire County Council last month decided that buses should be removed from Queen Street when the new £440m Westgate Centre – which will provide around 1,000 new bike parking spaces – opens in October.

It was reported at the time that bikes would also be banned, but many local cyclists feel that there should instead be a relaxation of current rules.

Simon Hunt, chairman of Oxford-based cycling group Cyclox, said: "If Queen Street is going to be pedestrianised then cyclists should be allowed to use it all the time. There is a similar scheme in Croydon where cyclists share space and they have shown cyclists and pedestrians can be compatible.

Hunt believes the road should become a shared space 24 hours a day, adding that if it were deemed necessary, there could be a designated cycle route which pedestrians could avoid.

"There are some irresponsible cyclists who will not cycle as sensibly as they should do, but the frequency of collisions between pedestrians and cyclists is extraordinarily small,” he said.

Blackbird Leys councillor Linda Smith said: "Queen Street should not be treated as a thoroughfare, especially with the new Westgate Centre opening, it is a destination. It should be properly pedestrianised, and be a safe place for shoppers to walk, dawdle and relax – which means no cycle route through it."

According to DfT figures released in July, Oxford has the second highest proportion of cyclists of any city in England after Cambridge.

In September, Cyclox called for private cars to be excluded from parts of the city centre to encourage even more people to take to two wheels.