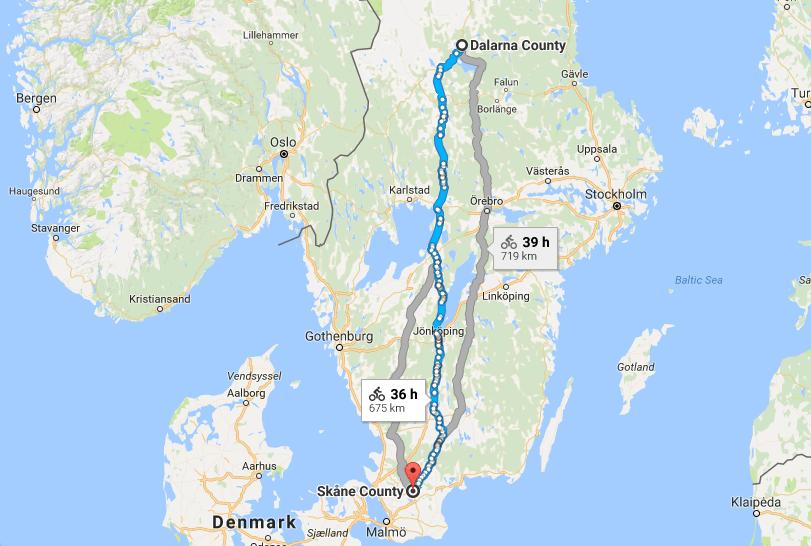 A woman in Sweden spent Christmas Day and Boxing Day riding her bike to raise money for Unicef – racking up just shy of 400 miles in the process.

It doesn’t appear that Tufvesson was riding as part of the Rapha Festive 500.

Last week, we reported how a cyclist in the Pacific Northwest in the United States had tried to polish of the required 500 kilometres in just one ride – but was thwarted by rain, snow and ice.

> There are heroic failures, and then there's THIS: Cyclist's attempt to do Rapha Festive 500 in one ride thwarted by elements

Linda Tufvesson’s journey began at 4am on Christmas Day and took her from Dalarna in central Sweden to Skane in the south of the country.

Impressively, the ride, which clocked in at  638.7 kilometres split into six segments, was conducted on a Rose mountain bike, with parts of the route off road and on snow.

On her fundraising page on Unicef’s website in Sweden, Tufvesson said: “For years I have dreamed of one day testing my body’s ability and my mental and physical limits.

“For me, this bike ride to give more children a better future is a way to do this.

“In tough conditions with only eight hours of daylight and Nordic winter cold, riding almost 70 miles at a stretch will be a real challenge.”

Appealing for donations, which to date total SEK 22,500 (£2,017), she wrote: “Spare a thought for the children who are suffering in our world. Together, we fight for every child!”

Thanks to Andreas Olsson, who told us via Twitter about Tufvesson’s adventure, which she has posted photos of to Instagram.