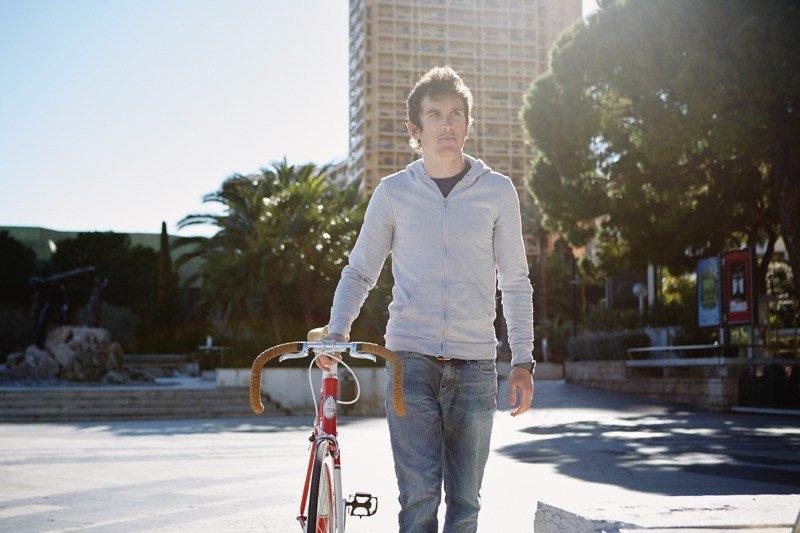 We all know the feeling. Christmas may be over, but its excesses still weigh on the body, and cold, dark mornings can make it hard to get motivated for a ride.

But with the days lengthening, it’s time for those of us who have perhaps slacked off a bit in recent months to get back in shape to achieve our cycling goals in 2017.

Here, Team Sky’s Geraint Thomas – double Olympic team pursuit gold medallist, Commonwealth Games road race champion and 2016 Paris-Nice winner, shares some of his tips with road.cc as part of our interview with him earlier this month.

While they come from the perspective of a professional cyclist, there’s plenty here you can hopefully adapt into your own regime in the months ahead.

During the off-season and before specific programmes set by their teams kick in, it’s not unusual for pros based in the same area but from rival outfits go off riding together.

In the case of Thomas, who lives in Monaco, other riders living there or in nearby Nice with whom he might go out riding include LottoNL-Jumbo’s Steven Kruijswijk,  Bora-Hansgrohe’s Sam Bennett, and Aqua Blue Sport’s Larry Warbasse.

So how does he keep long training rides interesting over the winter and not let them become boring?

Thomas said: “You just try and go out with a good group of you, try and do different loops all the time, you don’t want to do too many efforts this time of year so that doesn’t really break up the ride.

“But if you head out into the hills a bit, especially in the South of France, head over into Italy and do a couple of climbs, before you know it you’ve done three or four hours. Variety certainly helps.”

We asked him whether, for those of us who are a bit more time-constrained, he’d recommend harder efforts rather than steady riding?

“I’d say short and more intense,” he replied. “That’s what I’ll be doing over Christmas.

“Obviously there’s a lot of things going on and seeing friends and family because I’m not around much, and then the weather might be bad.

“So short, intense rides rather than longer ones where you might spend six hours in the cold and wet, or do turbo sessions.”

So does he he eat differently during the winter compared to the summer when he’s racing, and how does he hold back from eating too much cake and biscuits?

“It’s not really much different,” he replied. “I have my blow out in October [once his racing programme is over], then I try and clean up and eat well for the rest of the year.

“Obviously going into Christmas, you try and drop an extra kilo to keep a bit of a buffer for when you go home.

“But you try and have a lifestyle that’s based on habit rather than ‘quick diet’ things.

“Over Christmas I try and pick one or two days that I can enjoy it and those are days I can have whatever I want.

“It’s still a long way to the big races but you still need to stay on the ball.”

For someone perhaps targeting a big sportive next year and looking to lose weight and be at optimal fitness, which food groups would he recommend they avoid?

“I think alcohol’s the big one,” said Thomas, who enjoys the odd beer himself at times.

“But just leading a general healthy lifestyle, and if you’re going to have a treat, then maybe have a certain day, like on a Friday night, when you have a treat.

“That way, you’ve got something to look forward to and those little treats throughout the month help make it easier for you to stay on the ball rather than saying, ‘Right, I’m not going to have any chocolates for the month’, or no sweets at all, or whatever.

We also asked Thomas if he had a secret Welsh cake recipe. “It’s not a secret anymore,” he laughed, “It’s in my book.”

Which we clearly need to re-read more carefully.

You can read our recent two-part interview with Thomas by following the links below.

> Read more: Jess Varnish's lawyer asks for British Cycling to hand over all data on cyclist