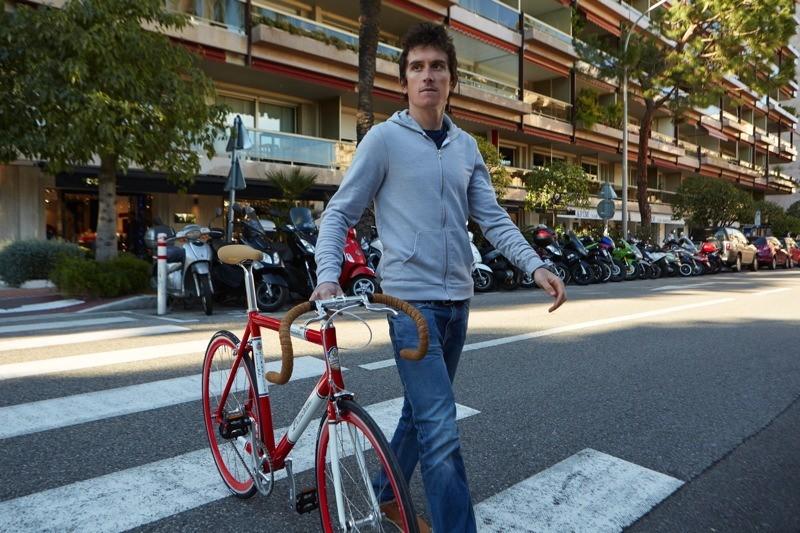 Welsh rider looks back on Paris-Nice win and Olympic crash, and outlines his aims for next season
by Simon_MacMichael

Geraint Thomas has told road.cc that he hopes to spearhead Team Sky’s challenge at May’s Giro d’Italia alongside Mikel Landa, in what would be the first time the Welshman will have taken a leadership role in a Grand Tour.

In the second part of a two-part interview, the 30-year-old, who was speaking by phone from the team’s training camp in Mallorca, also reflected on a season that brought him his biggest stage race win of his career to date at Paris-Nice.

Thomas, who has evolved from a track and Classics specialist to claim a string of victories in one-week stage races, said his overarching aim in 2017 is “to improve and take any opportunities that come my way, win big races, and try and be more consistent.

“I learnt a hell of a lot last season, but I just need to be more consistent with my weight, with my training.”

His 2017 campaign will start in Australia with the Tour Down Under, while in March he will race Tirreno-Adriatico – meaning he won’t defend his Paris-Nice title – followed by the Giro del Trentino and the Giro d’Italia, where he will “go and see what I can do.”

Asked whether that meant supporting Landa or taking on a leadership role, he told us; “I think we’ll both go in on an equal footing.

“I think I’ve done enough in previous years to warrant that role for a bit, we’ll see how the race pans out.

“There can be a crash, there’s a hell of a lot can happen as well.

“It’s by no means an easy one but it would be nice to have a new challenge.

“It’s something to excite me now and it’s the sort of thing to get you out of bed, a really good target.”

After that, he’s likely to support Chris Froome in the Tour de France, a role he has played in all three of the rider’s victories there. It would be the first time Thomas has ridden the Giro and Tour in the same season, although in 2015 he did ride the Tour and Vuelta.

Thomas’s victory at Paris-Nice provided one of the highlights of the 2016 season when on the final day Tinkoff’s Alberto Contador attacked repeatedly, leaving the Sky rider with a desperate chase to minimise his losses to hold on to the yellow jersey, which he managed to do by just 4 seconds.

“It’s one of the highlights of my career,” said Thomas, who pointed out he’d gone well there in previous editions such as in 2014 when he crashed while lying second overall on the penultimate stage.

“It was a dramatic end to the race, and that made it all the sweeter, beating Contador and Richie [Porte].”

The low point of the year came in the Olympic road race when, in contention for a medal, Thomas crashed on the final descent where, 24 hours later in the women’s event, the Dutch rider Annemiek van Vleuten would see her gold medal hopes dashed as she came down heavily.

Reflecting on that descent, Thomas, who finished the race in 11th place, said: “The road wasn’t smooth, it was bumpy. In the Alps you can get into a rhythm with the corners, but this was a real tricky descent.

“Obviously after six hours’ hard racing you’re not 100 per cent on it, you’re tired, so any little mistake was exaggerated on it.

“It was a massive disappointment. If I’d finished and come 11th and not crashed, it would be easier to accept.

“Not knowing what could have been was hard to take. And even now, when I see stuff about the Olympics, it’s not easy to watch,” he added.

If you missed the first part of the interview in which Thomas spoke about current hot issues in cycling including TUEs and disc brakes, as well as sharing his thoughts on former Great Britain Cycling Team technical director Shane Sutton, you’ll find it here.