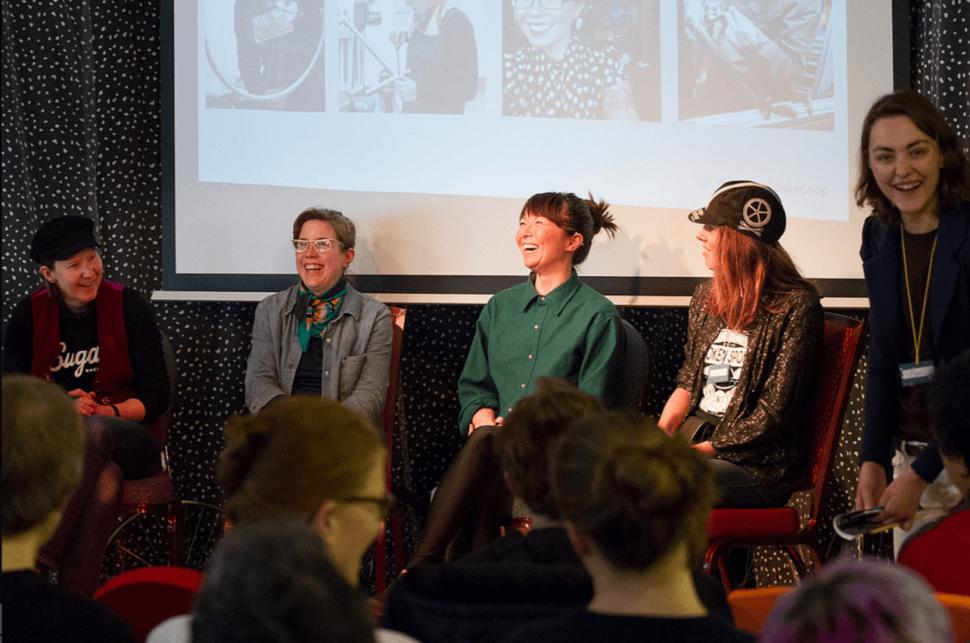 Festival of Women and Bicycles is back for 2017: with Q&As, workshops and rides in and around Oxford

Tickets are now on sale for the annual celebration of women and cycling in Oxford in March, with talks, practical workshops and rides
by Laura Laker

A festival celebrating all things women and cycling is back next March in Oxford – and it’s open to all, organisers say.

Tickets went on sale yesterday for the Festival of Women and Bicycles, to be held on 4 & 5 March 2017, coinciding with International Women’s Day.

The event is being hosted by Oxford’s Broken Spoke Bike Co-op, a DIY bike workshop, in partnership with women’s cycling supergroup, the Adventure Syndicate.

“We’re really excited to be creating an event in Oxford to celebrate women’s achievements in the bike world,” says Broken Spoke’s Eleanor Smith. “The women’s cycling scene is thriving at the moment, and I think one of its greatest strengths is our ability to collaborate and work alongside each other to change the world and bring more women on board. Together we’re so much stronger.”

Broken Spoke Bike Co-op teaches people to repair their own bikes. Beryl’s night, an evening dedicated to women and LGBT people, is one of its most popular initiatives, say organisers.

The Adventure Syndicate is a collection of female ultra-cyclists and tourers whose mission is to get more women living their dreams of two-wheeled adventure.

“Something special’s happening in the world of women’s cycling,” says promoter and Adventure Syndicate director Emily Chappell. “I’ve been to a few of these gatherings and the atmosphere is electric – people are really excited to be in the same room together.  It’s amazing to see what a powerful and vibrant scene they’re part of. This event will be the biggest and best yet – we have some incredible people on board.”

Tickets will be available via The Adventure Syndicate’s website, the Broken Spoke’s website and directly via Eventbrite. The event will be held at the East Oxford Community Centre, 44 Princes Street, Oxford, OX4 1DD. Tickets are £45, with a limited number of £35 early bird tickets available from the 7th December.

This is the second annual Festival of Women and Bicycles; last year’s was a one day event and in 2015 was part of the Oxford International Women’s Festival.