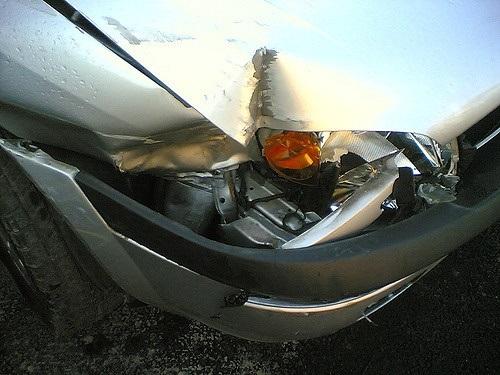 Small claims limit could be raised – around 70 per cent of cyclists’ compensation claims are for less than £5,000
by Alex Bowden

British Cycling and Cycling UK have condemned plans to reform the claims process used by motorists seeking compensation for whiplash injuries. The two organisations point out that the proposed changes will leave cyclists and pedestrians with legal bills if they need to make a claim that’s under £5,000. Around 70 per cent of cyclists’ compensation claims are for less than this.

Last month, solicitors at the Leigh Day law firm said that cyclists injured on the roads would find it harder to pursue compensation from drivers as a result of Ministry of Justice proposals which would see the small claims limit for personal injury raised from £1,000 to £5,000.

The move is a bid to get tough on bogus whiplash claims, but it would also have an impact on injured cyclists as many would be unlikely to obtain appropriate legal advice as the legal costs of claims under the personal injury limit are not recoverable.

In a recent blog post, Leigh Day’s Andrew Bradley points out that while it is often difficult for insurers to dispute whiplash claims, pedestrians and cyclists looking to claim compensation are likely to have sustained broken bones, stitches and injuries that are plain to see.

Bradley sets out a list of injuries which could become small claims depending on their severity:

A consultation on the proposals is due to run over the festive period, with a January 6 deadline. Both British Cycling and Cycling UK say they object to the timing and length of the consultation period.

“Lambasting the compensation culture, and promising to reform whiplash claims, was always going to go down well in some quarters. Unless the Government’s proposals are better thought through, however, it will be genuine victims, with real and evident injuries, who suffer most: Firstly due to other road user’s negligence, and secondly because the civil justice system fails them.

“Reforms which close the door to compensation for 70% of injured cyclists represent a denial of justice. A cyclist or pedestrian hit by a negligent driver, with a potential £4,000 claim, will have to weigh up whether they want to pay £800 or more for a medical report, and then fund their lawyer’s fees out of their own potential damages, or walk away without compensation.”

“This is a disappointing set of proposals, and we felt the need to speak out publicly on behalf of Britain’s cyclists as well as submit our own response to the consultation.

“The vast majority of injuries sustained in cycling incidents are valued at under the proposed £5,000 limit, meaning that – under the new proposals – any cyclist involved in an incident would find it very difficult to get legal representation and therefore to be adequately compensated for their injuries.

“This would then have the opposite effect to that which the report sets out to achieve, and would encourage increased cold calls by claims management companies.

“The message that this sends to cyclists is one which conflicts with existing government policy. Increasing levels of cycling is a proven way to reduce congestion, improve the environment and reduce the burden on the NHS – the government needs to be encouraging more people to cycle, not putting extra obstacles in the way.”

Dollimore went on to say that the reforms were being mis-sold by the Government, raising questions about its commitment to cycling.

“These measures are being sold to motorists by the Government as an attack on fraudulent claims, and a means of reducing insurance premiums by £40 a year, except motorists will not notice the difference, because insurance premium tax is being raised at the same time.

“As it announced these reforms the Government simultaneously announced compensation arrangements for rail passengers affected by repeat delays. Is their message that delay merits compensation, but a cyclist’s broken wrist does not, all because car passengers have been abusing the whiplash process?”