Loads of commuter-friendly mounts for next year
by Mat Brett

Hot on the heels of the new Cannondale 2011 bikes, today we take a look at their stablemates GT and Mongoose's  2011 UK ranges there’s plenty  from both to keep road riders – especially commuters – happy. Our look at the GT range will be along shortly but First up it's Mongoose whose new Maurice FS, a bar-spinning version of the standard Maurice, brazenly threw itself in front of the road.cc lens. 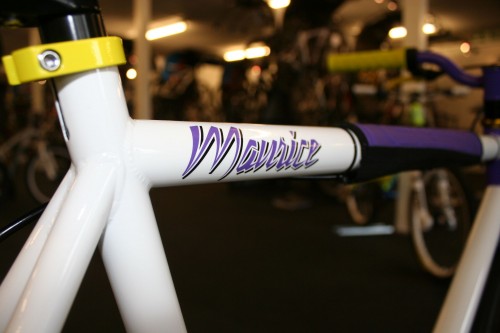 The new Maurice FS – love that name – is the real eyecatcher… of the Mongoose range. In its yellow, purple and white get up it sort of reminded us of a bruise, which may or may not be intentional given its intended use. It's fair to say that Freestyle fixed riding has not exactly got mass appeal – there is some debate as to whether the genre has more bikes than riders at the mo – but given the fixed scene's strong connection to BMX, lots of people believe that fixed riding should have its own freestyle strand so they've got the bike ready, just in case. 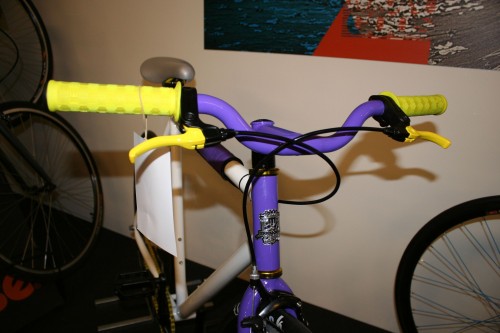 So for anyone temped by barspins and other assorted trickery, the Maurice's one-piece bar/stem combo and slightly tweaked geometry, to give the front wheel a tad more downtube clearance over the standard version should help you get things dialled. The flip-flop rear hub allows you to swap easily between a fixed gear and a freewheel, and it’s yours for £369.99. The FS version of the Maurice also comes with a natty head badge too which you don't get on the standard model. The standard Maurice, which we reviewed a couple of months back, gets a colour change for 2011, black and orange giving way to black and electric blue for a very smart look. Both bikes come with Freedom Thick Slick (Tone though they were called "Thick Suck" which I suppose could work) tyres which are new ones to us on Thunderbird double wall rims. 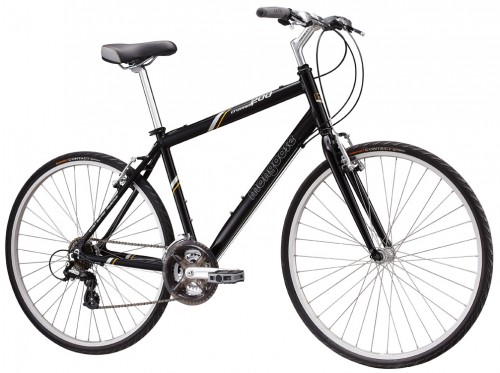 While the Maurice may have hogged the limelight the Mongoose Crossways went out and copped the sales. Mongoose have been selling shed-loads of their Crossway commuter bikes which have just been updated for 2011.

The most popular bike in the range is the 200. For £279 you get a 6061 aluminium frame, a full Shimano groupset and Conti puncture resistant tyres. The top level bike in the range, the 350D, looks good value too with 60mm of front-end travel courtesy of a Suntour NEX MLO fork, mechanical Tektro disc brakes and an 8-speed Shimano drivetrain, all for £319.99. We like the look of the Kaldi for commuting, though. Again, the frame is 6061 alloy but it’s fitted with Shimano Nexus hub gearing that’ll require next-to-no maintenance, a chainguard and full mudguards to keep you clean and dry. At £329.99, with both the drivetrain and the rider protected from the worst of the rain at least it looks like the sort of low maintenance all weather bike that lots of new urban cyclists are after. It should be a comfortable ride too with those high volume tyres and the understated looks manage to be both good looking and hopefully anonymous enough not to attract the attention of bike thieves. Even though it's got a fairly dramatic slope to the top tube the Kaldi also comes in a step through version.