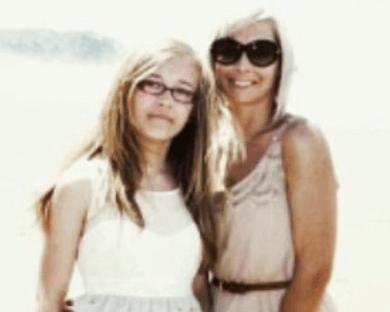 Listening to music on iPhone may have led to cyclist's death, says coroner

Emily Norton's death "an entirely avoidable incident," says coroner who ruled that cause lay "entirely with the cyclist"...
by road.cc

A coroner has said that a woman who died after falling from her bike as she tried to avoid a collision with a lorry on a roundabout may not have been aware of the vehicle until it was too late because she might have been distracted by music being played through her iPhone.

Keen cyclist Emily Norton, 38, entered a roundabout without looking right at the same time as a DAF HGV lorry was exiting the roundabout and may have panicked trying to avoid a collision, Hull Coroners’ Court heard.

Ms Norton, who had a 16-year-old daughter, had her earphones in and was “riding purposefully” before she wobbled at the nearside of the lorry and fell fracturing her skull and spinal cord. She fell on the verge and died instantly without hitting the lorry. She was not wearing a helmet at the time.

Despite resuscitation being given immediately her eyes were dilated and she never showed signs of a pulse. The lorry driver did not stop and said he had never “felt, heard or saw” the cyclist.

East Riding of Yorkshire Coroner Paul Marks ruled listening to music could have been a distraction and contributed to her misjudgment. He also said her injuries may have been lessened if she had worn a helmet.

Rule 148 of the Highway Code, which falls within the General Advice section which “should be read by all drivers, motorcyclists, cyclists and horse riders” advises road users to “avoid distractions when driving or riding such as ... loud music (this may mask other sounds.”

Use of a cycle helmet, while recommended in the Highway Code, is not compulsory for cyclists in the United Kingdom, unlike in certain other jurisdictions including Ms Norton’s native New Zealand.

Ms Norton, a hairdresser, who took up cycling two years ago, cycled regularly before work and knew the road around her home well. She normally wore a helmet and had earphones in playing music and was cycling along Flatgate in Howden, part of the A63 which becomes Hull Road.

Initially she was on a cycle path and then on the road. She was seen to enter the roundabout at speed as she rode at the side of the lorry and the wobble as the road began to narrow.

Her brother Hans Hargroves confirmed in a written statement to the inquest that his sister had normally listened to music and used a cycling app on her phone.

He said she had bought the bike around two years ago and, as far as he was aware, kept it maintained.

“She would cycle most days before work and was competent and knew the local area,” he said. “She has lived in Howden all her life and knew the junction. She would listen to music and have a cycle app.

“I am told at the time she was not wearing a helmet,” he added. “I cannot understand why she did not wear it that day. We later found it in the house. She was a stickler for safety.”

The incident happened around 7.40am on June 23 as Ms Norton was on her way home from an early morning ride.

Turners lorry driver Alexander Lamb of Featherstone told the inquest he was only using the road because the Selby bypass was closed. He said: “As I approached the roundabout, I paused to look for traffic to the right. As I went I saw nothing. I checked my mirrors.

“The first I knew about it was when the police called me and asked me to stop. A motorcycle policemen told me what happened. I couldn’t believe it happened. I didn’t hear anything, feel anything or see anything. If I had seen anything I would have stopped and tried to help.”

Eyewitness Martin Ward, of Howden said: “From what I saw she did not appear to look left or right as she entered the roundabout.

PC Sally Acomb said a full accident investigation had taken place and the lorry driver was not facing any charges. A police accident investigator found the cycle had a defective from brake which touch the handlebar – which could have been a manufacturing fault – as the cable outer was cut short. The cycle also had no front reflector and a loose bell on the handlebars which was missing a bolt.

The 18 speed Carrera racing cycle was found in its lowest gear with the chain still in place. Ms Norton’s headphones were picked up at the scene.

Coroner Paul Marks told the inquest he found that Ms Norton went on to the roundabout without looking right and was seemingly unaware of the HGV. He said “It seems likely when she realised she would come into conflict with the lorry she made some input to the steering and activated the brakes.”

He said because of a fitting defect in the front brake caused by the cable being too short, she may have applied the rear brake causing a skid, adding that at no point did witnesses see the two vehicles make contact.

He continued: “I cannot determine if she was on her iPhone listening with earphone at the time, but if she had been, it could have caused a distraction and could have contributed to the cause of the accident.”

He said the fact she was not wearing a helmet may have meant she had suffered worse injuries, but made no criticism of her decision.

Professor Marks concluded: “I accept this was an entirely avoidable incident and the cause of the events that lead-up to the accident rest entirely with the cyclist. No charges have been brought against the HGV driver and he has been totally exonerated.”

He recorded a verdict of accidental death.