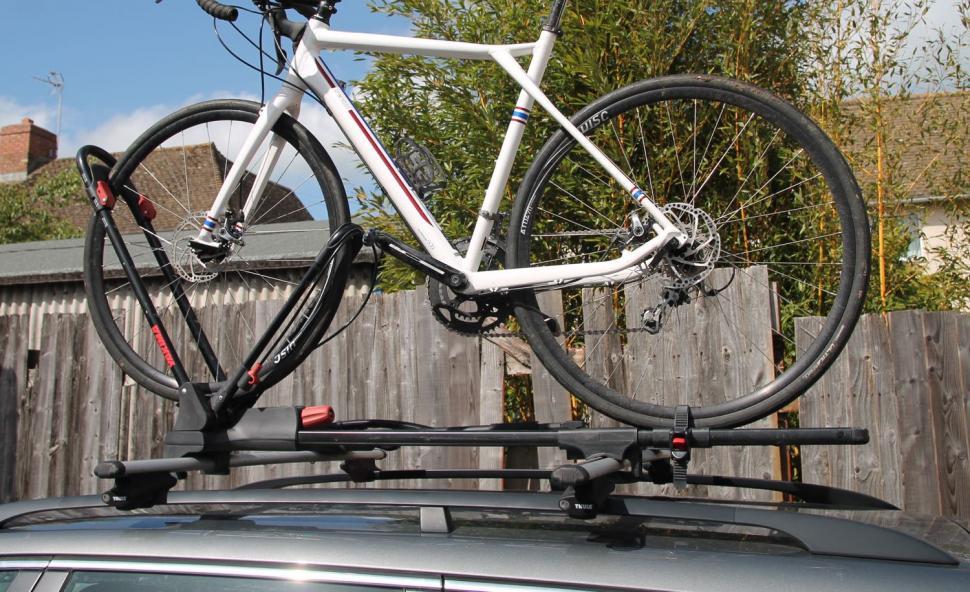 No major injuries reported despite dramatic crash
by Alex Bowden

A car was sent spinning off the A19 near Newcastle after swerving to try and avoid a bike which had come off a passing vehicle’s roof rack.

Footage from another driver’s dash cam published on Gazette Live shows a Citroen C3 pass by with a bike strapped to its roof.

Somehow, the bike became unfastened and came off, landing in the path of a silver Nissan Almera. That car swerved to try and avoid it. However, the driver lost control, veering across the nearside lane and off an embankment, flipping over before coming to rest on the driver’s side.

“I didn't pay too much attention to the Citroen as it passed, I just saw the bike on the roof and thought it was weird at that time of the morning to see someone with a bike on the road.

“The next thing I saw was the Almera braking sharply ahead of me and the bike smashing into it and then it came spinning across my lane.

“I was just hoping that I wasn't going to get caught by it. I’m renowned for being hit – I've been hit four times in two and half years. I have some bad luck on the roads, which is one of the reasons why I got the dashcam.”

Jones said that as he pulled over and phoned the emergency services, it looked like there was a plume of smoke coming from the car.

Highways England staff were working a few hundred yards down the road and they came over to try and help.

Jones said: “While I’d been on the phone the guy had climbed out of the car, which was laid on its side so he had to get out of the window. He was dazed and disorientated but he didn't appear to have any injuries. I think he was very lucky. It could have been a fatal accident, it was that bad.”

“People should make sure anything they are carrying is correctly secure,” said Jones. “There are no issues with doing it but should do it correctly. If it’s not secure, don’t risk it.”